The church site is reportedly not up to half plot of land, where a two-storey building is already being erected. 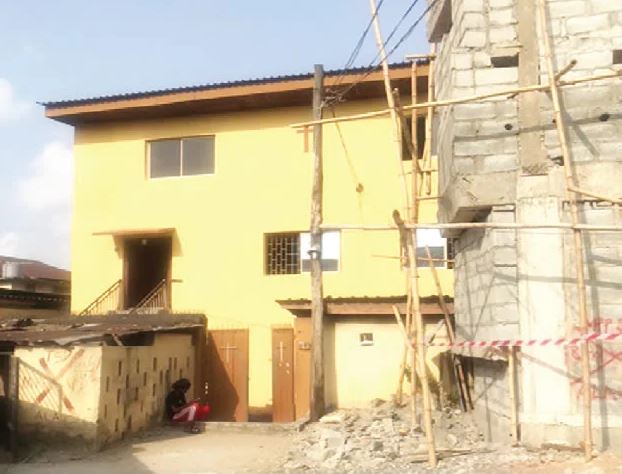 According to a report by The PUNCH, the residents of Abimbola Close in the Jibowu area of Lagos State have rejected a church building project of the Redeemed Christian Church of God in the neighbourhood over fear of possible collapse of the structure and noise pollution.

The church site is reportedly not up to half plot of land, where a two-storey building is already being erected.

The residents also lamented that the community was already choked up due to the presence of another religious house, The Church of the Lord (Aladura).

The acting Chairman of Abimbola Close, Solomon Edogan, said the kind of building being constructed by RCCG could endanger the lives of people.

He said, “This dispute with the RCCG has been on for quite a while now. The RCCG bought a small building on our street. The land on which the building was sited does not measure up to half a plot.

“Yet, they are constructing a two-storey building on that small plot of land and what even scares us most is that the way they are even constructing the building with materials may lead to collapsed building.

“We have contacted the Lagos State Ministry of Urban and Physical Planning for them to stop. After those ones came, they stopped. Suddenly, they continued to build again.”

Another resident, Adewale Alawode, explained that the close was so small that residents parked their cars on other streets.

He noted that with the church erecting its building, there could be chaos in the community.

“Look at the close, very small and this church wants to come and cause chaos here with their structure that is not even well constructed.

“We don’t have the kind of space for the kind of structure that they are putting up here because with what we are seeing, once they finish, this place would become too clogged and uncomfortable for residents,” he added.

The pastor in charge of the RCCG, Alpha and Omega Province 8, Segun Osikoya, when contacted for a reaction, said he was at an event and urged the reporter to call back.

Subsequent calls to his telephone line were not answered and he did not respond to text messages from our correspondent.

Meanwhile, our correspondent saw a stop-work order of the Lagos State Ministry of Urban and Physical Planning on the church building.