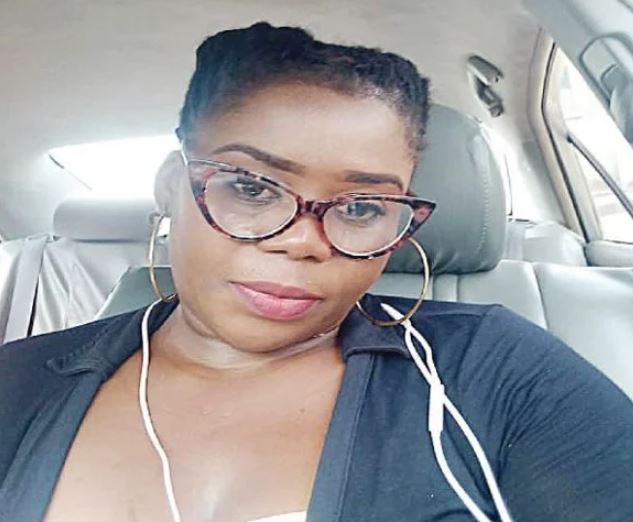 Balogun Sulaimon, a 32-year-old Lagos-based man who boarded a bus from Lagos to Kano on March 3, 2022, has been missing since then.

My name is Amudat Balogun-Oladipo. I am the elder sister of Sulaimon Balogun, the young man who got missing on his way to Kano and has been declared dead by the police. I am 40 years old and I am a trader. I am from Ogun State, but we are based in Badagry, Lagos.

Can you tell us the events leading to Sulaimon’s disappearance?

My brother is a photographer. After graduation from the Olabisi Onabanjo University, Ogun State, there was no job so he decided to join my father in his photography business to make ends meet. That was what he had been doing before this unfortunate incident. One of his friends that he met during the National Youth Service in Osun State in 2019 came to Lagos to invite him to cover his wedding in Kano. He didn’t tell any member of the family about the trip; he only told his fiancée. He gave all the details of his trip to her.

He boarded a bus at Alabarago park at around 5 o’clock or so on that day (March 2, 2022). His fiancée said they kept talking as he approached the destination and the journey entered its second day. On that day, around 6pm or so, he called her and sounded distressed. He told her he wanted to tell her something very important. She said she would get back to him when she finished bathing, so they could talk properly. When she finished bathing, she tried the number again but the number was no longer going through. She didn’t call us on that day but she said she kept on calling the number till about 2am the next day (Friday). She then reached out to us (family) to tell us about the situation.

What was the family’s reaction to this?

When I heard it at first, I was confused. My brother and I mobilised other members of the family and we went to that Alabarago Park where he boarded the vehicle going to Kano and enquired about his whereabouts or that of other passengers and the driver. We asked for the manifest but were given a piece of paper where many names were written with the same handwriting. We traced it and saw our brother’s name there. We asked for the original manifest which should be on the official letterhead of the park, but we were not given. When we even checked, we saw that they made a mistake in the mobile phone number which they wrote as my brother’s next-of-kin. They had altered the number themselves.

What was their explanation as regards your brother’s whereabouts and that of other passengers?

They told us that the bus was involved in a ghastly accident and everyone on board died. They didn’t even call us to tell us this had happened. In fact, the man that told us said it so casually in Pidgin English – “The motor get accident and everybody die!” – and he walked out on us. He spoke as if he was referring to an animal. I asked them how that was possible and why they didn’t call the number provided to tell us that there was an accident. We didn’t even see any report in any newspaper that something of that nature happened.

Where did they say this accident happened?

They said the accident happened in Kogi on March 3 evening, and my brother took off on March 2. So, I am wondering how he would still be in Kogi by that time of the day on the next day. How can they be telling us that kind of rubbish?

Does this bus in question belong to any registered transport firm?

It was a Hummer bus, those ones you just go the park, register your name and enter, and they would take you to your destination. It does not belong to any company. It belongs to a private person. Different people bring their bus there for business.

Have you reached out to the leader of this park?

We spoke to the chairman of the park and he said what he knows from the report he got was that as the bus was in transit, the driver slept off and hit a stationary petrol-laden tanker and the bus caught fire. Initially, they said everybody died. Later on, the chairman of the park then said they told him that six people escaped from the bus. Much later, they said the people who escaped were nine. I am even confused about what report to believe. They said they took the injured to the Federal Medical Centre in Kogi and gave other people mass burial there.

Do you suspect any foul play?

At the initial time when we began the inquiry, his number was still on. Some of his friends in Lagos here still tried his number and it was going through not until recently that his number then became switched off. The distress call he made to his fiancée is another issue. If it was an accident, how come he was able to call someone to say he wanted to tell her something important? This explanation by these bus park people is not convincing at all. I smell a rat. Their stories are not adding up.

We even tried to get the contacts of those other people and they claimed they don’t have it. Even the driver that they claimed had died; we want more details on him and his family. How come we are the only ones looking for our brother? What is happening?

How old is your brother?

Did he travel with this his friend-turned-client whose wedding he was going to cover?

No, they didn’t travel together. That one had gone to Kano and told him to come to Kano a few days later to the wedding so they can properly plan and strategise.

Did you report this incident to the police?

We reported it at the Okoko station and they were treating us like slaves or people who do not know what they are saying. You know the park is very close to the station, so we are suspecting that the complacency on the side of the police is because of the goodies they receive from the chairman of the park. In fact, the Investigative Police Officer even told my elder brother to go to the scene where the purported accident happened to investigate by himself and stop asking him ‘stupid questions’. If it is now our job to do an investigation for ourselves, why then do we have the police?

We are not convinced that my brother is dead. That distress call to his fiancée is suspicious. He must have wanted to tell her something. Secondly, we did not see his corpse or any of his belongings. Why didn’t they call us to tell us what happened until we started looking for him? Are they supposed to give them mass burial without contacting their families? No, this is not right.

How is the family taking all of this?

Our mother is old. She has become inconsolable. For the past two weeks, she has not been able to eat at all. She cannot sleep. She has been crying and crying. My dad too has refused to eat. Both of them are not okay at all.

Did you contact his friend whose wedding he was going to cover to know if he got to Kano somehow?

We have tried but where do we find his contact? There are no traces.