You Are Adding More Fuel – Nigerians Warn Yul Edochie Over His New Comment About First Wife, May


This comes on the heels of Yul Edochie’s declaration of a child with a new second wife, with whom he secretly married. 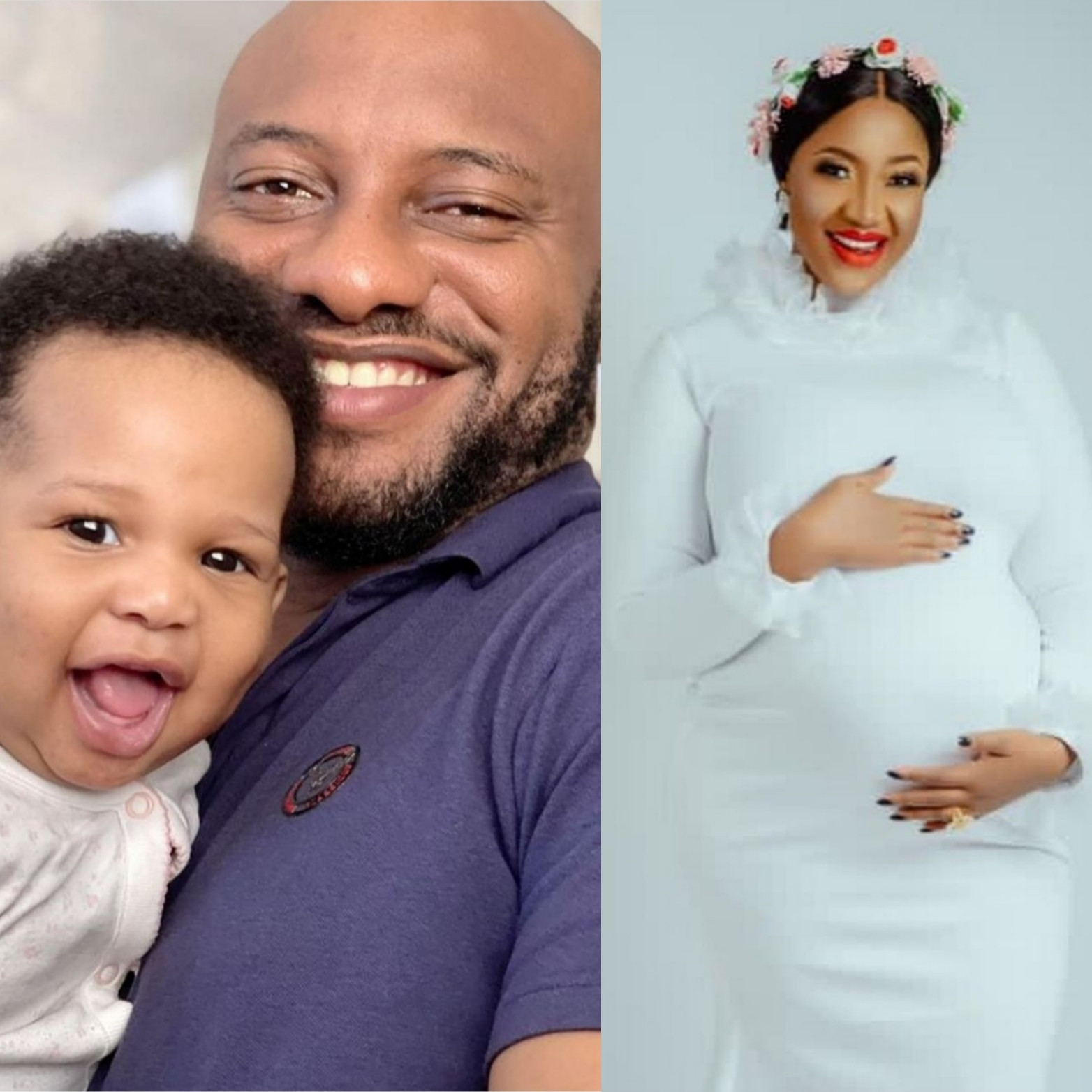 Nigerians have given a warning to actor Yul Edochie after he praised his first wife, May Edochie on his social media page.
Yul had called May ‘undisputed number 1″, however, Nigerians warned him to stop, saying that his comments are making matters worse.
Reacting to this, one iamrealebere wrote;
I don’t see anything wrong in what he did, marrying a second wife especially in Igbo land is not a taboo, it only becomes a problem when you don’t consult your first wife to seek for her consent and even if she refuses to let you go ahead with your plans that doesn’t mean he committed any crime by marrying as many wives as he desires, just don’t come here to condemn him because you feel he’s doing something bad or is against the Igbo tradition never, so what makes you happy that’s the rule of life . You did absolutely nothing wrong, life is not that hard ❤️❤️😍
jessicaprettico wrote; ‘this is unnecessary man, I thought you were different and responsible. Just rest ,this doesn’t solve the damage you made to her’
See more comments and Yul's post below: 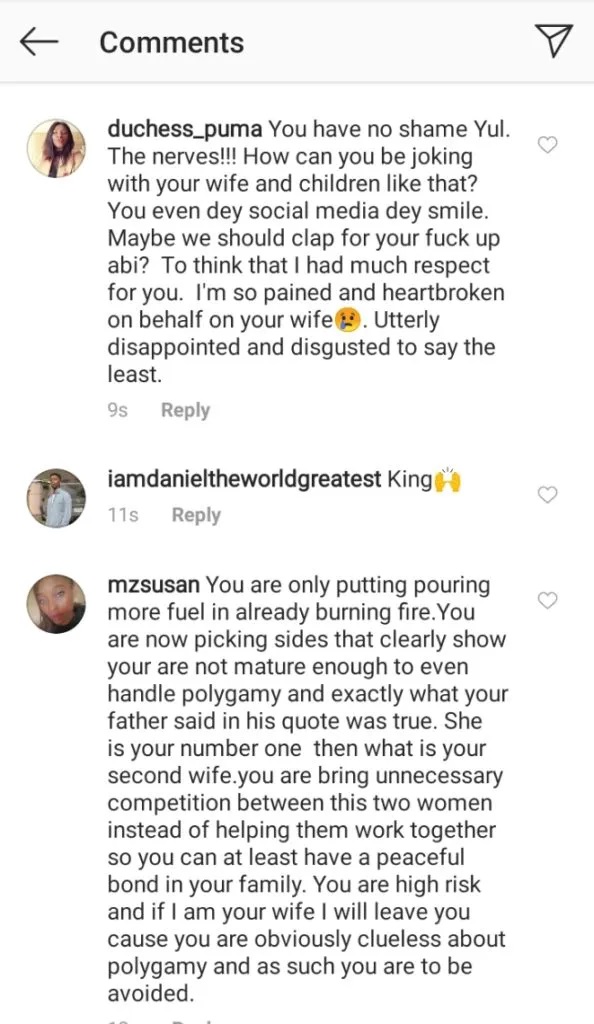