On May 5, both sisters welcomed sons, with each baby weighing 7 pounds, 3 ounces, and measuring 20 inches. 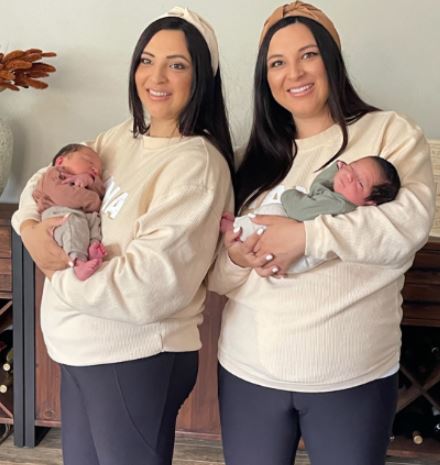 Identical twins sisters, Jill Justiniani and Erin Cheplak have welcomed their first kids on the same day in the same hospital.

On May 5, both sisters welcomed sons, with each baby weighing 7 pounds, 3 ounces, and measuring 20 inches.

The sisters said they did everything together growing up and are now doing motherhood together.

"We played together, slept together, ate together,"  Jill, 30, of Yorba Linda, California, tells People. "My parents would talk about how we had our own language together. We'd be in our cribs side to side and make these cooing sounds. I'd make a sound and Erin would respond."

They welcomed their sons within hours of each other.

"It just feels like it was supposed to be," says Jill. "It is a little surprising because what are the odds? But it's like, of course this would happen to us."

The sisters said giving birth on the same day had not crossed their minds.

Jill was scheduled for a cesarean section at the Kaiser Permanente Hospital in Anaheim on May 5 because doctors discovered her son, Oliver, was in a breech position. Erin's baby, Silas, was due on May 15. But on the morning of May 5, Erin's water broke.

Jill's cesarean section was scheduled for 1:30 p.m., but was delayed due to a few emergency c-sections at the hospital that day. Meanwhile, Erin arrived at the hospital at 9:30 a.m. and was soon in active labor.

"It was the four of us and all being a support system together," says Erin. "They were there for my strong contractions, I could not have gotten through that without that support." 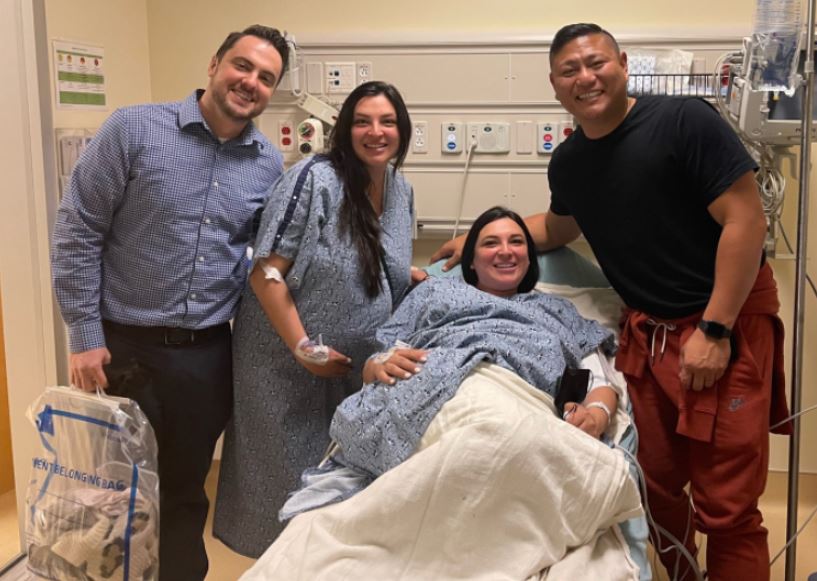 The couples got another surprise when their sons were weighed and it was discovered they had the exact same weight.

"Then the nurse did Silas's weight and length.  Exactly the same. 'I said, 'You got to be kidding me,' " he continues. "It was just incredible."

Erin, Jill and their babies had rooms across the hall from each other. After being discharged at the same time, they each returned to their homes — located just five minutes apart in Yorba Linda.

"It's such a blessing being so close," says Erin, who had been living about 45 minutes away in Long Beach when she discovered she was pregnant. 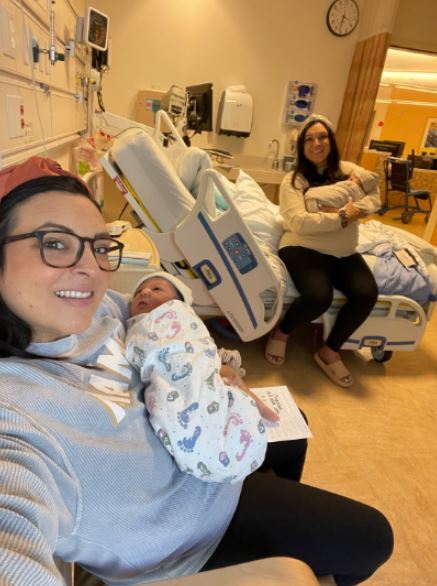