Tambuwal was speaking on Monday in Lokoja while addressing delegates ahead of the party primaries. 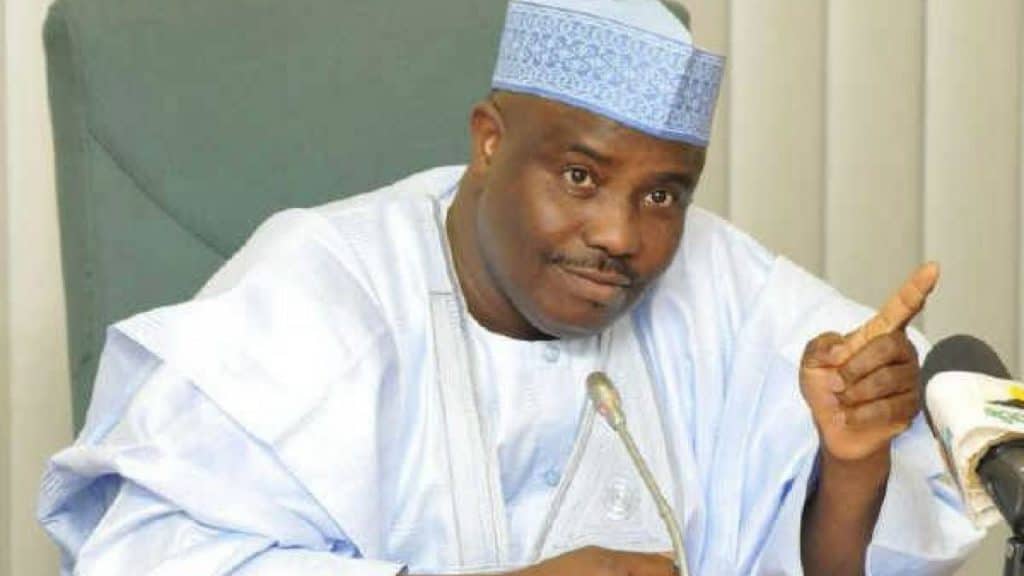 Sokoto State Governor and presidential aspirant, Aminu Tambuwal has thrown a shade at President Muhammadu Buhari.
Recall that he wants to be president on the platform of the Peoples Democratic Party.
Tambuwal urged delegates not to vote aspirants who would continue with what President Muhammadu Buhari is doing in the country.
Tambuwal was speaking on Monday in Lokoja while addressing delegates ahead of the party primaries.
He said, “We are living witnesses to the pathetic security situation in the country which has become a national problem, yet some people are saying that they want to continue what brother Buhari is doing, please don’t give such people any chance.”
He also called on Nigerians not to lose hope in the face of the current security challenges as help is on the way from him when he becomes president.
“Security challenge is a national problem. I, however, want to urge you not to lose hope as I have the necessary experience needed to address it headlong,” Tambuwal said.
He said, “I have been tested at different levels and I have the prerequisite qualifications needed. I am a lawyer, one-time speaker of the House of Representatives, and now the governor of Sokoto State; my records speak volume as someone with adequate experience needed to to run Federal states such as ours.
“As the governor of Sokoto State, we have never owed any worker. When I tried last time, they said I was still learning, but now experience has come and I will employ them in governing the country.”
Tambuwal said that he was well-grounded in party politics and understood their language well enough to be able to carry everyone along.
“I understand everything about party politics: I understand their language and I will speak it. I understand this country very well and I have a strong network of friends across the length and breadth of the country. I say let us partner to get the party tickets so that we can work together,” he said.
He described the ruling All Progressive Congress as a party with “no agenda, which cannot take a definite position on zoning and were waiting for PDP who have succeeded in throwing confusion into their midst for opting for a younger person in Aminu Tambuwal.”
Tambuwal also promised to work towards the resuscitation of the Ajaokuta steel company and make it work for the people of Kogi and Nigeria in general.
“I have been trying to work on Ajaokuta since my days as the Speaker of the House of Representatives. I understand all the issues surrounding Ajaokuta. We will work hard to make it work for the people of the state and Nigeria as a whole,” he added.
Top Stories