The father of seven was hailed by Pero, who has three children with the music star. 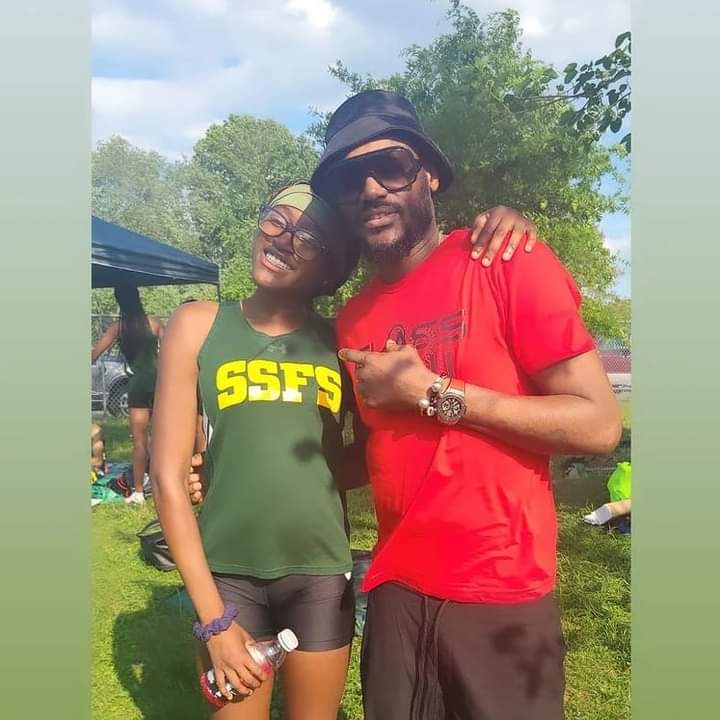 Nigerian musician, 2Baba has been hailed by his babymama, Pero Adeniyi.
It came after the singer showed up for their daughter, Ehi’s school game in the United States of America.
The African Queen crooner who is currently in the United States and spending time with his kids, took to his Insta-stories to share videos which showed him cheering for his lovely daughter as she represented her team in the games.
In one of the videos, he was seen asking Ehi if she was ready and went on to boost her morale as she took the track. “Nothing do you, no shaking”, the proud dad said to his daughter.
The father of seven was hailed by Pero, who has three children with the music star. Taking to her Instagram handle, she described him as his daughter’s number one cheerleader and loudest track dad.
Sharing a photo of Ehi and her dad, 2Baba, the mother of four wrote,
“#1 cheerleader loudest track dad… Dream team super proud.”
See her post below: 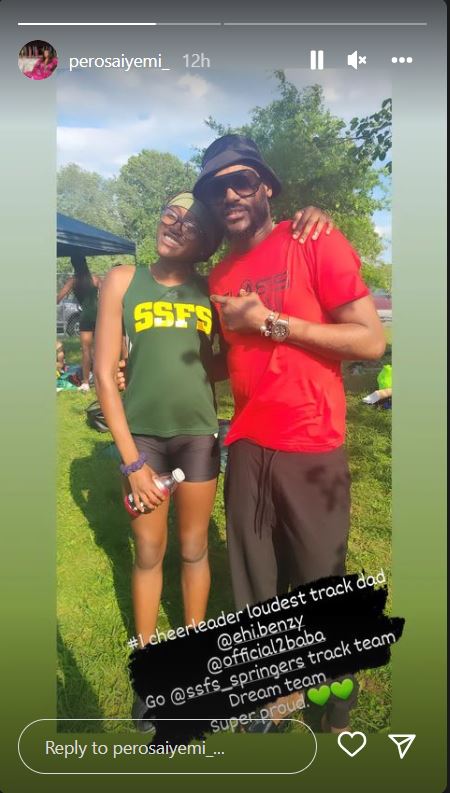