However, five persons were rescued from the collapsed three-storey building at Alayaki Lane, Lagos Island. 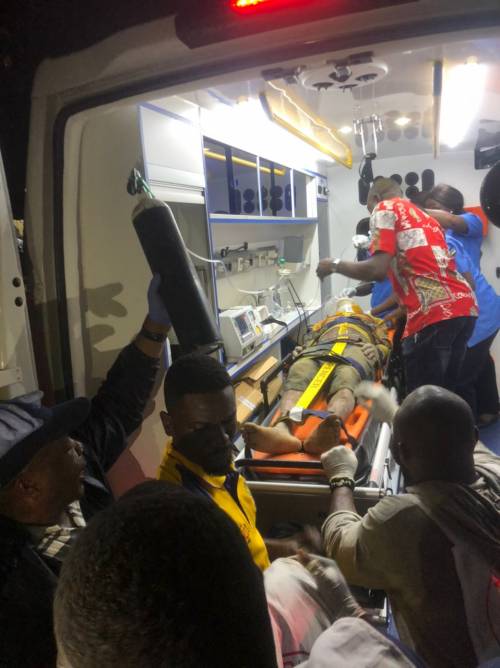 According to The PUNCH, as many as four persons have been confirmed killed in a building collapse on the Lagos Island area of Lagos State.

However, five persons were rescued from the collapsed three-storey building at Alayaki Lane, Lagos Island.

The tragic incident occurred on Saturday.

A statement by Nosa Okunbor, Head of Public Affairs at the Lagos State Emergency Management Agency (LASEMA) on Sunday confirmed the figures, saying, "After several hours of intense overnight Search and Rescue Operation coordinated by the PS LASEMA, Dr. Oluwafemi Oke-Osanyintolu and combined efforts of three LASEMA Response Teams from Lekki, Cappa and the Alausa Command Control Center (C3), a total of five adult males were rescued (alive) and taken to nearest hospitals for further treatment.

"However, four adult males were recovered (dead), bagged and handed over to officials of the State Environmental Health Monitoring Unit, SEHMU to be processed further after being deposited at the mortuary.

"Remains of the self-collapsed four-floor building were then taken down to ground zero by the Agency with the use of its heavy-duty equipment-the Excavator, thereby eliminating any further threat to lives and all other proximal properties.

Only recently, a building collapsed in the Ebute Metta area of the state, leading to at least 10 deaths and many injuries.

The building which was under construction came down during heavy rainfall in the area.