The Kaduna airport manager, Amina Salami, said she was “very happy” about the reopening. 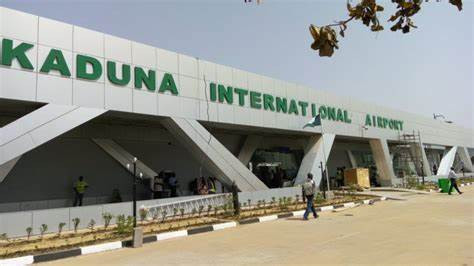 Two months after attack by bandits, commercial flights on Monday May 23, resumed at the Kaduna International Airport.
Recall that bandits attacked the facility on March 26, killing a private security guard attached to the Nigerian Airspace management Agency near the outer perimeter fence.
Though they were repelled by security forces attached to the airport, commercial airlines plying the route suspended their flights, seeking improved security.
Channels TV reported that efforts have been made to allay fears of airline operators as the first commercial flight since the incident landed at the airport at exactly 8am on Monday morning.
The Kaduna airport manager, Amina Salami, said she was “very happy” about the reopening. She added that management was “satisfied for now” about the security measures in place at the airport.
Top Stories