According to Comrade Joe, the suspect was set to be arraigned in court on Monday but the mother of the victim disappeared with the child. 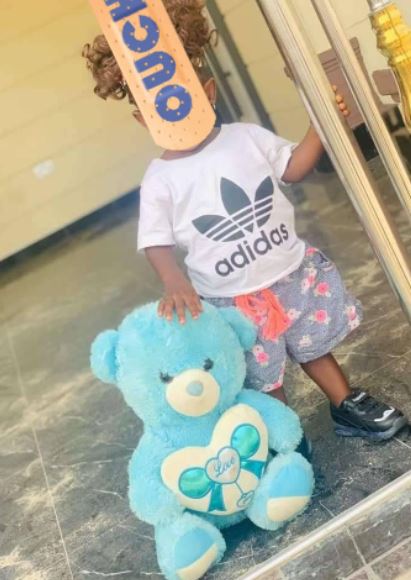 The police have arrested a 52-year-old man for allegedly d*filing a 2-year-old girl in Delta state.

Human rights activist, Comrade Israel Joe, who disclosed this on Tuesday, May 24, said the incident happened in Mosagar, Ethiope West Local Government Area of the state.

According to Comrade Joe, the suspect was set to be arraigned in court on Monday but the mother of the victim disappeared with the child.

It was reported that the victim's mother was allegedly offered N500,000 by family of the suspect to drop the case.

''Defilement of a 2 years old girl by a 52 years old man and subsequent disappearance by the girl.

The father of Isabella contacted me on how his 2 years old child was def!led by a 52 years old man in Mosagar area of Delta State.

We had during the past week intensified efforts and got the culprit arrested to Mosogar police station.

The hardworking DPO Bello has signed all reports to initiate a criminal proceedings against the culprit after interview with the parties and seeing the medical report of the little girl.

In another development, the mother of Isabella yesterday as we were about going to court, disappeared with the child up till this moment.

This is the dilemma we found ourselves trying to fight for justice ,with yet intentional propaganda flying right, left and corner. Thank you DPO we tried our best.'' 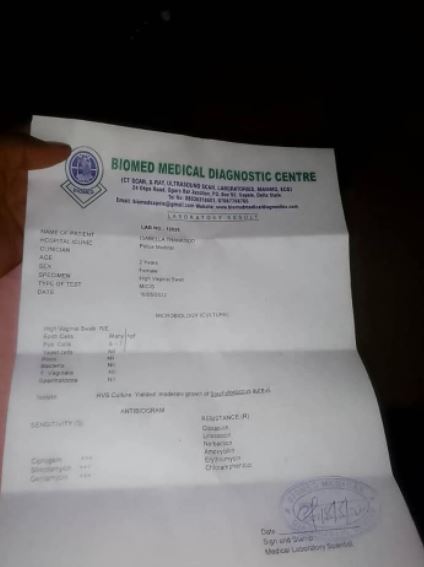 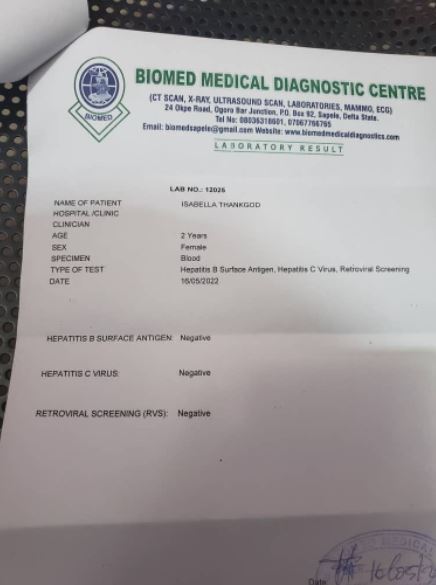 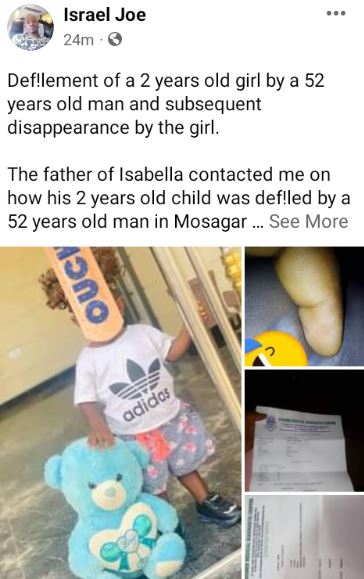 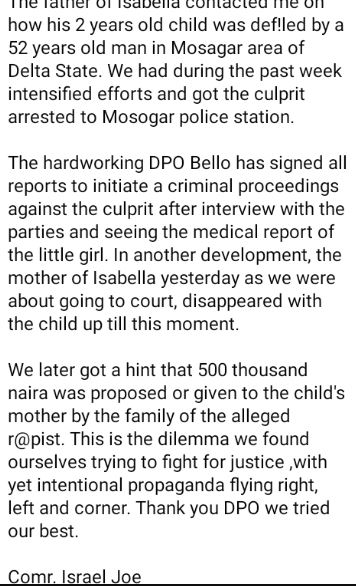