He was indicted by New York prosecutors for allegedly kidnapping a 28-year-old woman and r*ping her several times a day between April 29 and May 2 in an abandoned three-story building. 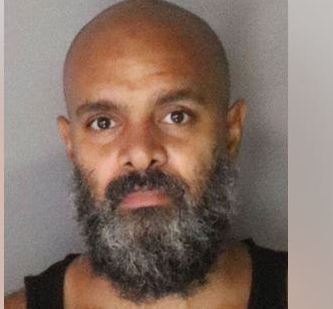 A 44-year-old homeless high-level registered male s3x offender in New York City who was released from state jail in 2020 has been arrested after he allegedly abducted a pr*stitute and repeatedly her while holding her hostage for five days in an abandoned building.

Timothy Harnett, a homeless man who goes by the nickname "Lawless," was indicted by New York prosecutors for allegedly kidnapping a 28-year-old woman and r*ping her several times a day between April 29 and May 2 in an abandoned three-story building, Bronx District Attorney Darcel Clark announced.

"The defendant allegedly held a 28-year-old woman captive for days, r*ping and beating her with a tire iron. The victim managed to escape with the help of a passerby," Clark said in a statement. "The defendant has been indicted on multiple charges for terrorizing this woman."

Prosecutors say the man offered the woman money in exchange for s3x and the two went upstairs in the building that had been damaged by a fire.

But when the victim turned her back, the homeless man allegedly hit her on the leg with a tire iron, causing her to fall to the floor. Harnett allegedly continued to beat her with the tire iron and punched her, leaving her with a fractured wrist and dislocated knee.

While holding the pr*stitute captive and allegedly r*ping her several times a day, Harnett is accused of also threatening the woman’s family if she tried to escape.

But she escaped on May 2 when the man left the building to go to a nearby laundromat.

Prosecutors say the woman used the tire iron to break a window and used the shards of glass to cut through the rope used to tie her feet.

The victim then waved down a passerby, who dialed 911 and flagged down a New York Police Department patrol car. The woman was taken to the hospital to be treated for her injuries.

A grand jury was convened Monday, May 23 and police arrested Harnett in a different abandoned building in Harlem. According to the New York DailyNews, Harnett preyed on the victim’s vulnerability, as the woman used money from pr*stitution to fuel her drug addiction.
The newspaper also revealed that Harnett is a level 3 registered s3x offender, which is the highest level in New York state. He has been convicted of sodomy by a Bronx jury and sentenced to 18 years in state prison in the past.

He also threatened a 15-year-old girl with a razor on May 14, 1999, forcing her into a hotel and holding her captive for several hours while he s3xually assaulted her.

Records show he was released from prison in December 2020 and finished parole in September 2021.