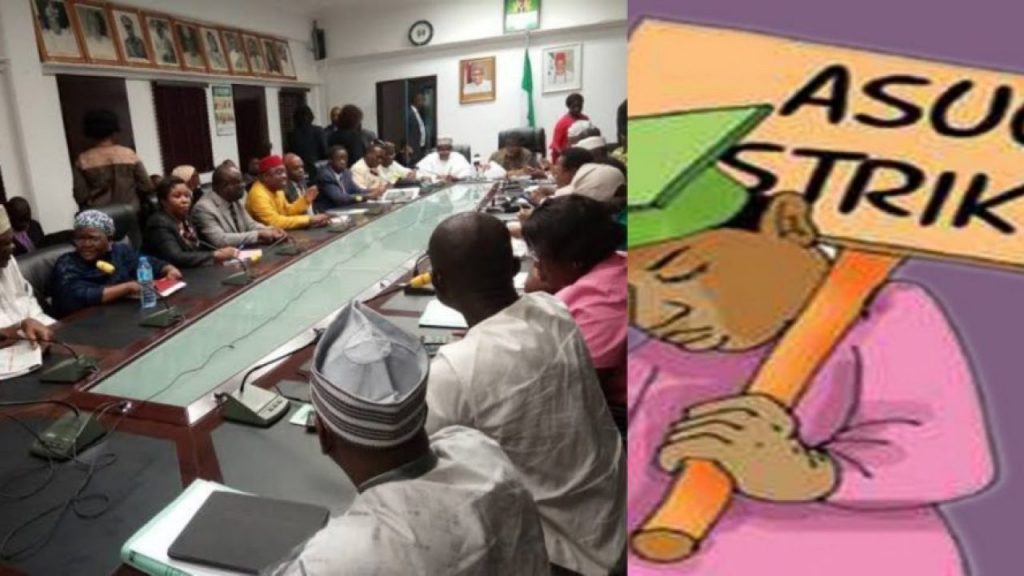 The National President of the Academic Staff Union of Universities, Prof Emmanuel Osodeke has given an update on its ongoing strike action.
According to him, the Academic Staff Union of Universities, Joint Action Committee of the Senior Staff Association of Nigerian Universities and the Non-Academic Staff Union of Educational and Associated Institutions are negotiating with the government over its demands.
Speaking in an interview with The PUNCH on Sunday, the ASUU’s National President, Prof Emmanuel Osodeke, said the union had been negotiating with the Briggs Committee since last week over its demands.
ASUU commenced its ongoing strike on February 14, 2022 after the Federal Government failed to meet some of its demands namely; the release of revitalisation funds for universities, renegotiation of the 2009 FGN/ASUU agreement, release of earned allowances for university lecturers, and deployment of the University Transparency and Accountability Solution payment platform.
The PUNCH reports that on March 7, 2022, the Federal Government inaugurated a seven-man committee chaired by the Pro-Chancellor of Alex Ekweme Federal University, Ndufu-Alike, Prof Nimi Briggs.
The committee, which is expected to review the proposed FGN/ASUU Agreement, has its terms of reference, some of which include; to liaise and consult with relevant stakeholders to finalise the position of the FG to the issues in the draft proposed FGN/ASUU renegotiated agreement; renegotiate in realistic and workable terms the 2009 agreements with other university-based unions; and negotiate and recommend any other issue the committee deems relevant to reposition the National Universities Commission for global competitiveness.
Osodeke said, “We are discussing with the Federal Government through the renegotiation team and we started last week.
“The negotiation is between ASUU and the Briggs Committee and agreement should be negotiated quietly. When we reach an agreement, we will come to the press.  We hope this approach/ negotiation will solve the problem so that by next week, we will brief Nigerians. Give us a little time.”
When asked if ASUU would call off the strike soon, Osodeke said, “We don’t know until we finish the negotiation.”
Similarly, the SSANU National President, Mr Ibrahim Mohammed, confirmed that the union had two meetings with the Briggs Committee, saying, “Yes, the Briggs Committee is negotiating with the unions and the government should fast track the process. We are not used to staying at home; we are ready to go back to work as soon as all the issues we raised are discussed and agreed upon.”
SSANU’s strike started with a warning strike of two weeks which commenced on March 27, 2021, while the extension of another two weeks commenced on Sunday April 10, 2022. It is ongoing, having being reported that it has been extended by a month.
Some of the demands of SSANU include the inconsistent issue of the Integrated Payroll and Personnel Information System, unpaid earned allowances, and delay in the renegotiation of FGN, NASU, SSANU agreements, and non-payment of minimum wage arrears.
Others include neglect and poor funding of state universities, non-payment of retirement benefits to outgoing members of the unions, and usurpation of the headship of non-teaching units in clear violation of conditions of service and establishment procedures, among others.
Top Stories