The suspect is a member of the outlawed group popularly known as Yansakai, from Dauran district in Zurmi Local Government Area of the state. 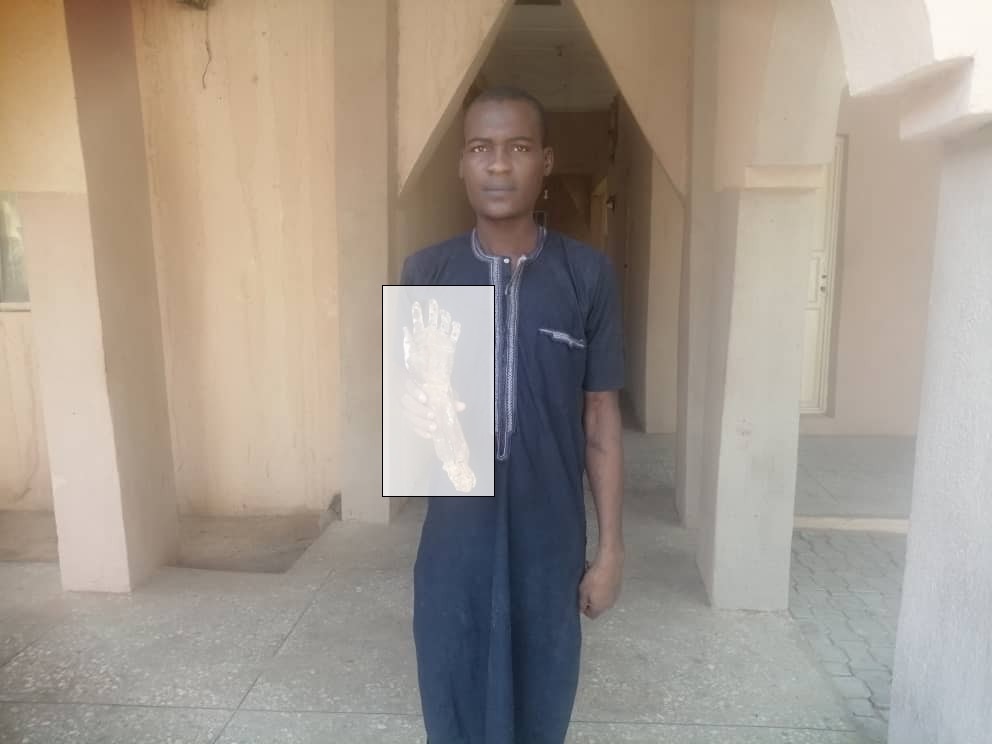 A man has been arrested with a human hand in Zamfara state.
The suspected ritualist has been identified as Jabiru Ibrahim.
Spokesperson of the command, SP Mohammed Shehu, who disclosed this in a statement on Monday, May 30, said the suspect is a member of the outlawed group popularly known as Yansakai, from Dauran district in Zurmi Local Government Area of the state.
The PPRO said police is investigating a case of culpable homicide against the suspect after he confessed to killing the owner of the hand found in his possession.
A bag containing bunch of charms was also recovered from the suspect.
"The suspect was arrested by the Joint Police and Military Operatives on Anti - Banditry Operation along Dauran - Zurmi axis and brought to the Police Command Headquarters, Gusau for discreet investigation," the statement read.
"Preliminary investigation revealed that the suspect was among the members of the outlawed group (YANSAKAI) who have been terrorising members of Dauran Community through jungle justice, leading to reprisal attacks by bandits terrorists against the innocent members of the public
"In the course of interrogation, the suspect has confessed that, himself and three (3) other members of his gang now at large carried out the gruesome killing of one Abdullah, a Fulani by tribe and later the suspect removed the right hand of the deceased
"Investigation is in Progress with a view to arresting his partners in crime and to unravel the circumstances of their action before being charged to court for prosecution."
Top Stories