The police prosecutor, Taiwo Ajibulu, called five witnesses and tendered the statements of the defendant, a medical report, pants, tight and shirts as exhibits. 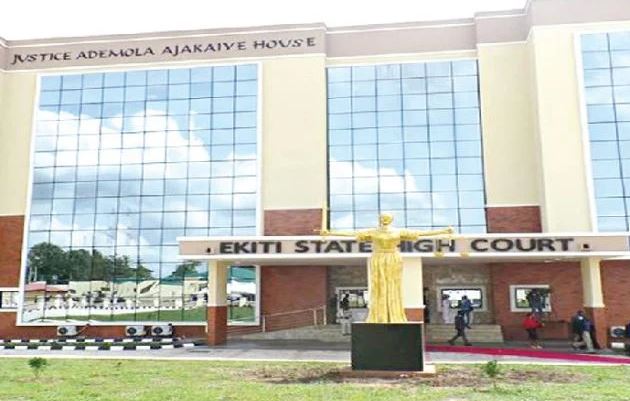 According to a report by The PUNCH, an Ekiti State High Court sitting in Ado Ekiti has sentenced a 29-year-old farmer, Tobi Owajulu, to 10 years’ imprisonment for r*ping a 17-year-old girl.

In her testimony before the court, the victim said, “I am an apprentice as a hairdresser. On that day, I went to my grandmother’s farm to harvest pepper. On the farm, the man came to me and demanded water and palm fruits, and I told him I did not have water, while the palm fruits belonged to my grandmother.

“Thereafter, he left, came back later and suddenly held me at the back. He covered my mouth with a piece of cloth, as I struggled to shout. But he overpowered me despite holding a cutlass and r*ped me on the farm.

“He also flogged me with cassava sticks for wasting his time. I was crying and left the farm. It was passersby who saw me that took me to a hospital and later informed my parents.”

The police prosecutor, Taiwo Ajibulu, called five witnesses and tendered the statements of the defendant, a medical report, pants, tight and shirts as exhibits.

The defendant, who spoke through his counsel, called no witness.

In the court judgment, Justice Adeniyi Familoni, said, “I hold that the totality of evidence adduced by the prosecution has proved the r*pe of the prosecutrix (victim) beyond reasonable doubt. The defendant richly deserved the legal consequence of his misdeed.

“Therefore, the defendant, Tobi Owajulu, is hereby sentenced to 10 years’ imprisonment without any fine option.”