Adeosun noted that the government’s decision to reopen the school is to restore normalcy in the institution. 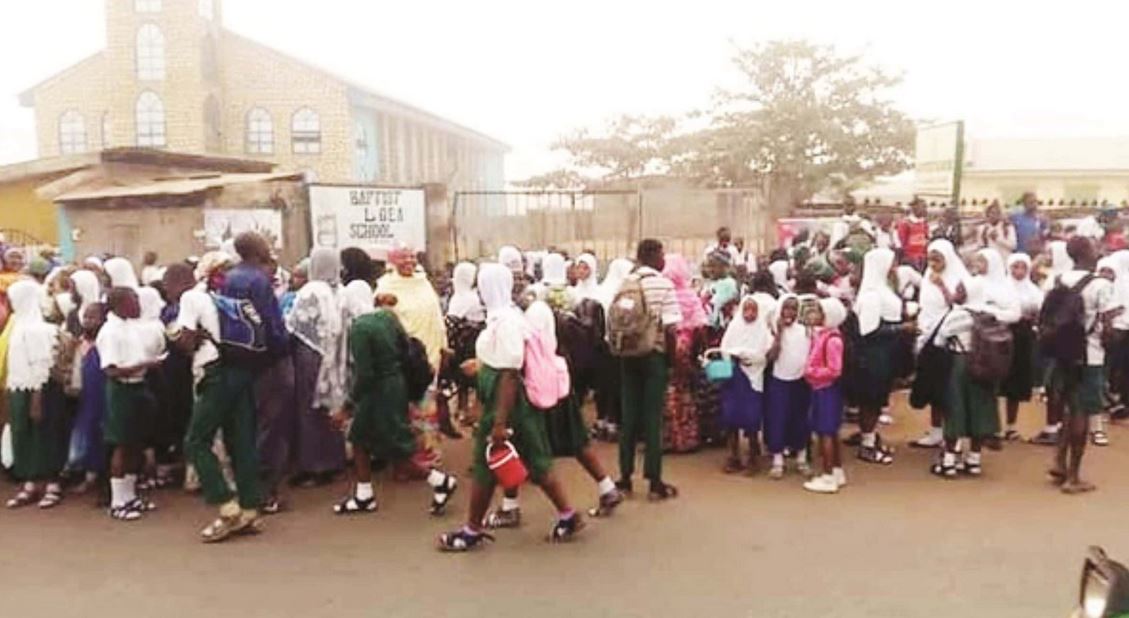 The government of Kwara state have reopened Oyun Baptist High School, Ijagbo, four months after it was shut following a crisis caused by the wearing of Hijab by female students of the institution.

A clash had ensued between Muslim and Christian parents who stormed the institution to defend their respective faith on the wearing of Hijab by female Muslim students.

Permanent Secretary in the State Ministry of Education and Human Capital Development, Mrs Mary Adeosun, in a statement shared on Wednesday, June 1, said the school would reopen for academic activities from Friday, June 3.

Adeosun noted that the government’s decision to reopen the school is to restore normalcy in the institution.

“The Ministry’s decision to reopen the school is one of the government’s multi-prong approaches to return normalcy to the school.

“Consequently, all teachers and students are directed to return to their classrooms while the government white paper committee continues the efforts to address pending issues related to the recent disturbance in the public school.

“Similarly, the Ministry restates the government’s position that any Muslim schoolgirl who desires to wear the Hijab is allowed to do so in all public schools, including in Oyun Baptist High School Ijagbo, which is owned by the State Government and run with public resources."

Adeosun who urged stakeholders in the area to give peace a chance and to respect the law, also warned that “the government will not hesitate to shut the school again, among other things, if anything threatens the safety of the little children”.