Detectives say Janitors trapped the animal in one classroom and it was later tranquillized before being transported out of the building. 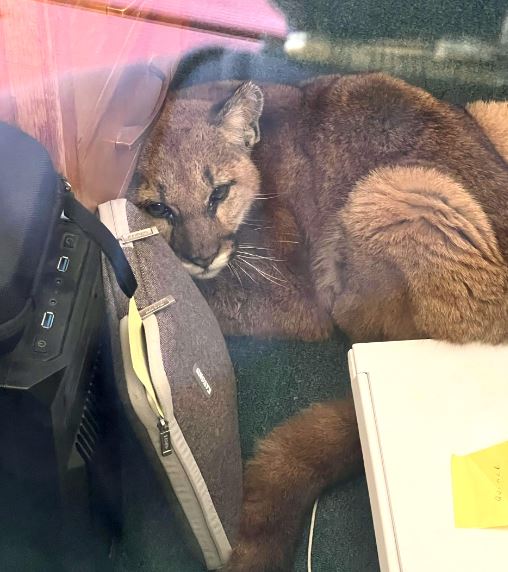 A mountain lion cub walked into a California high school Wednesday morning, June 1 and was safely trapped in a classroom by a custodian, police have confirmed.

A custodian was trying to open up Pescadero High School for the school day when the cub was spotted, according to Detective Javier Acosta of the San Mateo County Sheriff’s Office.

Detectives say Janitors trapped the animal in one classroom and it was later tranquillized before being transported out of the building.

It’s unclear how the cub came to enter the school, which is located about 30 miles west of San Jose.

The cub was likely an orphan around 6 to 8-months old, according to the Oakland Zoo, which is now caring for the baby mountain lion.

No students or teachers were on the school campus at the time the animal was found.

‘Staff and Deputies have been able to isolate the puma to a classroom and there is no immediate threat,’ the San Mateo County Sheriff’s Office said in a post to social media.

The California Department of Fish and Wildlife were called to help remove the animal from the building.

School staff tried to ‘let it out on its own,’ but the cub did not leave the classroom or building because it was ‘lost and scared,’ according to Acosta. Students and staff were sent home for the day as a precaution.

The cub has been sent to the Oakland Zoo, according to zoo officials, who say the animal is too young to survive on its own.

Mountain lions spend the first two years of life learning from their mothers, and officials have not been able to locate any other mountain lions near the school. 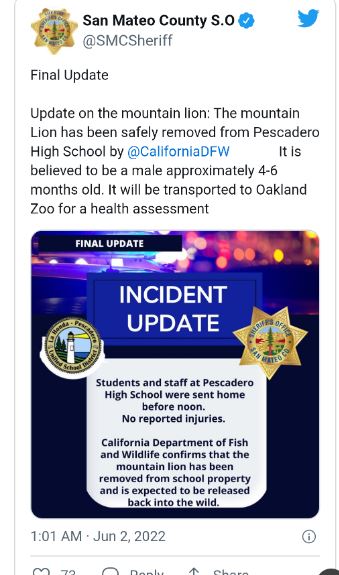