It was reported that the governors submitted the names in the early hours of Tuesday, June 6. 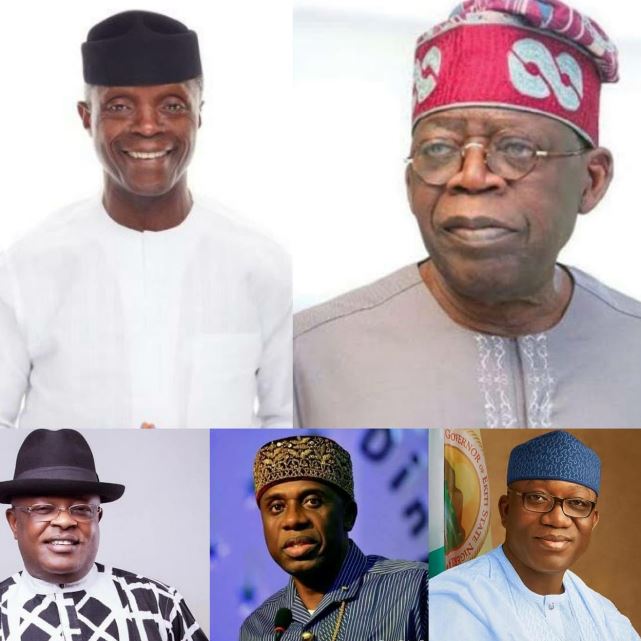 According to reports, governors elected on the platform of the All Progressives Congress (APC) have allegedly submitted the names of five presidential aspirants to President Buhari to select a consensus candidate.

DailyTrust reports that the governors submitted the names in the early hours of Tuesday, June 6.

The source added that the president is expected to pick from the list.

Unconfirmed reports also say a meeting will be held this morning where the aspirants will be further pruned to two so as to make the process of selection easier.

The presidential primary of the party holds in Abuja today, June 7th.