The defendants were said to have perpetrated the fraud while they were directors of the bank. 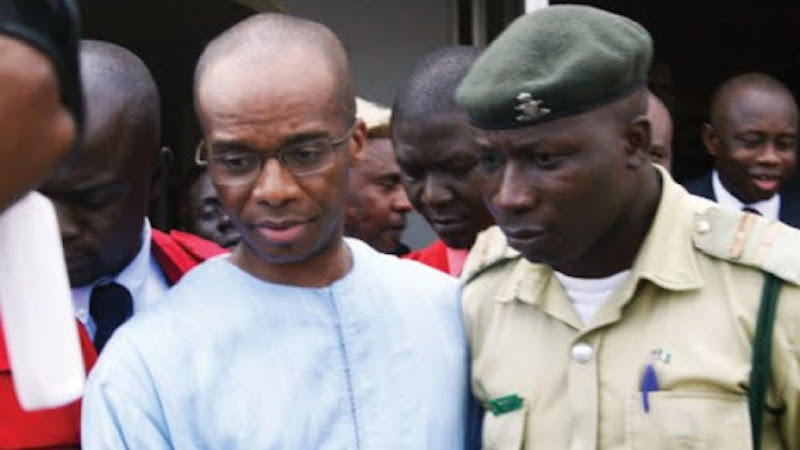 A former managing director of the defunct FinBank Plc, Mr. Okey Nwosu and a director of the bank, Dayo Famoroti have failed in their bid to set aside a sentence slammed on them by a Lagos High Court.
This comes after the Court of Appeal sitting at Tafawa Balewa Square, Lagos upheld their conviction as well as the three years jail terms slammed on them by the lower court on Wednesday, June 8, 2022.
However, the appellate court reduced the restitution order made from Eighteen Billion Naira to Ten Billion Naira on the grounds that the bank (FinBank Plc.) had recovered about Eight Billion Naira.
Justice Okunnu, had in January 2021 convicted and sentenced Okey Nwosu and Famoroti to three years imprisonment over N19.2 billion fraud.
The Economic and Financial Crimes Commission (EFCC) prosecuted Nwosu alongside Dayo Famoroti, Agnes Ebubedike and Danjuma Ocholi on a 26-count amended charge bordering on stealing and illegal conversion to the tune of N19.2 billion.
The defendants were said to have perpetrated the fraud while they were directors of the bank.
Top Stories