I Will Wear G-string To Interviews If Someone Offers Me $2million – Singer, Feli Nuna


The popular singer, Nuna made the comment during a recent interview. 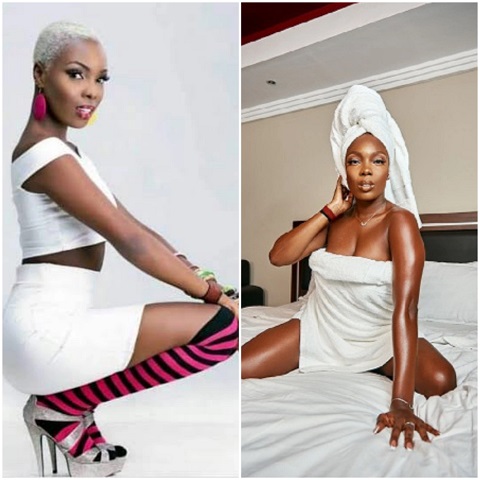 A popular singer has revealed that she will wear G-string to interview if she's offered $2 millon.
Ghanaian singer, Feli Nuna stated this in a recent interview.
During an interview on Onua FM’s Anigye Mmre, aired Wednesday, June 8, Nuna who regularly appears in interviews with a towel - said that wearing a towel to interviews is for her brand and that if she is paid $2 million to wear only G-string pants to an interview, she will gladly accept.
“If there’s money involved, I will do it. If I’m given 2 million dollars, I will do it! I will go and do body goals, it’ll even encourage me to hit the gym. You’ll see my body and marvel, ah it’s so easy. I’ll do it for 2 million dollars and am not kidding.”
“If I can wear it to the beach and swimming pool, why can’t I? I will risk it. I’m ready to risk it all. It is like wearing a bikini and just walking. It’ll even encourage me to eat well and work out.
“The same way it’s a dare, am also daring the people to give me that amount of money, I will do it. If my child asks me in the future, I will be like, that’s why you are driving a posh car sit down and enter the mansion. I will call the chef, chef give my daughter some caviar to eat.” Feli Nuna added.
Top Stories