The suspect, Chukwuebuka Nwobodo, 28, is wanted for murder and tampering with evidence, cops say. 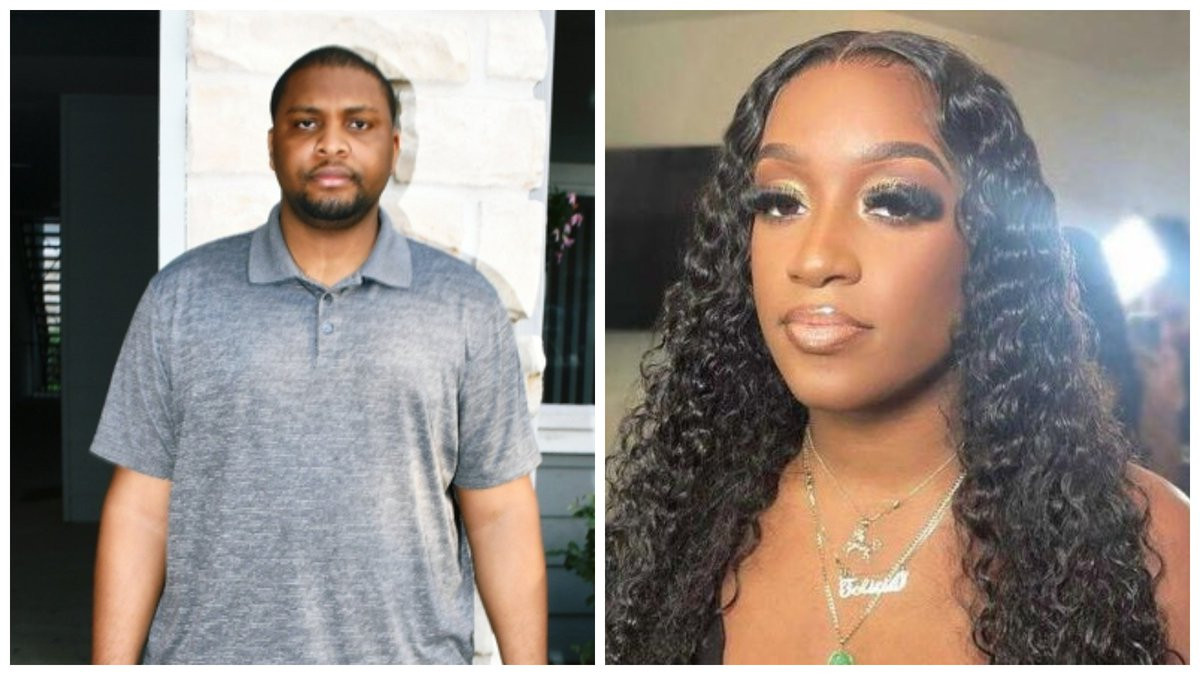 A Nigerian man has been declared wanted in Houston, Texas, United States.
He was alleged to have killed and dismembered a missing woman who was last seen on April 16.
The suspect, Chukwuebuka Nwobodo, 28, is wanted for murder and tampering with evidence, cops say.
According to court documents, Nwobodo was charged on Wednesday, June 8, in connection with the murder of Felicia Johnson, 24, who disappeared after leaving a hotel in Houston on April 16.
Detectives with the Houston Police Department say they believe Nwobodo killed Johnson soon after and disposed of her body “within the next few days.” Her body has yet to be found.
Authorities said in a charging document they previously arrested Nwobodo on May 13, and that he had pictures of dead people on his phone.
A spokesperson with the Houston Police Department told Law&Crime that it was a “pocket warrant,” and officers did not yet have the evidence on May 13 for charges. He was detained, questioned, and released at the time, the spokesperson said.
It was gathered that Nwobodo purchased items including a mechanical saw, trash bags, towels, and a flashlight around the time he allegedly killed Felicia Johnson, 24, police said.
It was gathered that he made a series of suspicious Google searches in the days following the murder.
These searches allegedly included:
“does bleach denature blood”
“Can bleach destroy DNA?”
“What does bleach do to blood”
“what does vinegar do to blood”
“does vinegar destroy blood dna”
“most forested part of Houston”
“how to delete your history completely”
In particular, from April 28, the suspect allegedly searched:
“how to be a serial killer
“how to get away with murder”
“how to kill without getting caught”
Nwobodo also allegedly searched on May 3 whether police can check phone records of a missing person, or their text messages.
There was an April 30 search for escorts in Houston, officers said. Police have suggested that Johnson originally encountered Nwobodo for the purposes of prostitution, and that Nwobodo withdrew a total $500 for the April 16 encounter.
He allegedly ordered an Uber for her and picked her up in the early morning hours of April 16 from The Windchase Hamlet Apartment Homes at 3233 Windchase Boulevard, where he previously used to live until March 2020. He took her to his apartment at 14935 South Richmond Avenue, officers said.
Johnson’s worried family members in California reached out to Texas after not hearing from her. Her cellphone was found with blood on it off the roadway in Bear Creek Pioneers Parks near Highway 6 and Clay Road. A member of Texas EquuSearch found a purse nearby matching the description of Johnson’s purse, officers said.
Police said they were able to track down Nwobodo in part through investigating the Uber. They described a violent scene at his Richmond Avenue apartment, adding that there were apparent blood stains throughout the residence when executing a search warrant on May 13. This included the hallway floor just outside the bathroom, and throughout the bedroom. Testing showed a match to Johnson’s DNA profile, authorities said.
After the oriinal May 13 arrest, police claimed to find “a photograph of a deceased dismembered female,” and three photos of dead people on Nwobodo’s phone. These images did not have metadata, cops said. The HPD spokesperson told Law&Crime that they have not confirmed if those images are of Johnson.
Police claimed to find various suspicious items in Nwobodo’s silver Honda Accord with the license plate LLD6670. This included a 9mm handgun, receipts for items he possibly used in the clean-up, multiple loose latex gloves, a large kitchen knife, and a shovel. A reagent showed the presence of blood in the vehicle and on the kitchen knife, officers said.
Nwobodo was previously accused of sexual assault in November 2020, police said.
A woman claimed he tried to rape her in his vehicle. She got out and broke free after he chased her down and grabbed her wrist, the woman said in the probable cause affidavit.
Police said she later denied there was any violence or sexual assault. She said she did not want to press charges, and she just wanted to go home.
Top Stories