The rites would performed in order to invoke the deity to punish the terrorists who carried out the attack. 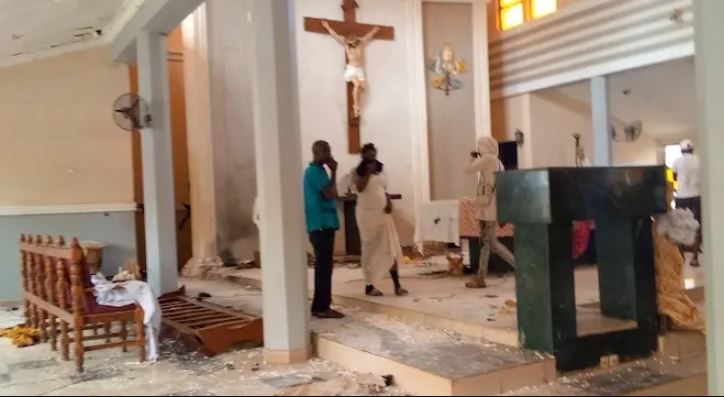 According to a report by Daily Post, in the wake of the tragic attack on Saint Francis Catholic Church in Owo on June 5, worshipers of the ‘god of iron’ in the town have vowed to perform open rituals against the gunmen behind the dastardly act.

The rites would performed in order to invoke the deity to punish the terrorists who carried out the attack.

However, the Olowo of Owo, Oba Ajibade Gbadegesin Ogunoye, the town’s ruler, has stated that there will be no restrictions on movement during the rites.

Oba Ogunoye said in a statement issued by the monarch’s Special Assistant for Media, Sam Adewale, that “the traditional move taken by the concerned stakeholders in the community, involves all and sundry in the land, which traditionally required the collaboration of everyone.

“However, because there will be no limits on human or vehicular mobility, this scheduled ceremonial step for tomorrow will not disrupt the normal daily routine of residents and visitors alike in the ancient town.

“Please note that even the specified areas where the individuals in charge of the invocation will execute the requisite rites are free for movement, but stringent traffic control will be in place.”