Also, PMS transporters confirmed that they had resumed operations in full following last week’s raise in the freight rate being paid by the Federal Government for the transportation of petrol nationwide. 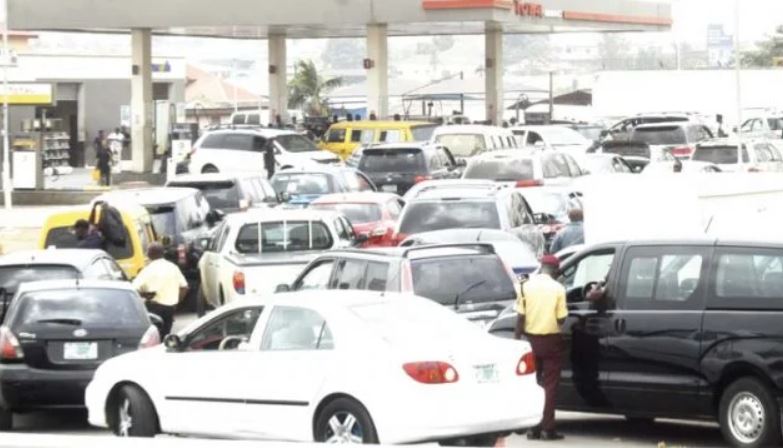 According to a report by The PUNCH, oil marketers on Thursday said they had escalated their call for an increase in the pump price of Premium Motor Spirit, popularly called petrol, to the Federal Government, as the current cost of the commodity was no longer sustainable.

Also, PMS transporters confirmed that they had resumed operations in full following last week’s raise in the freight rate being paid by the Federal Government for the transportation of petrol nationwide.

Amidst the call for petrol price hike and the full resumption of operations by transporters, the queues by motorists for PMS in Abuja and neighbouring states grew longer on Thursday.

“The current pump price is no longer sustainable and we have made this know to the government. However, we must acknowledge the efforts of the Nigerian National Petroleum Company Limited in ensuring product availability,” he stated.

Also, the National President, Natural Oil and Gas Suppliers Association, Bennett Korie, said Nigerians would have to adjust to the current reality, as it was no more feasible to dispense petrol at the approved rate of N165/litre in filling stations after purchasing the product for about N170/litre in some private depots.

“So everybody is suffering and the only way out is for Nigerians to take or accept a little increase in petrol price. This will also ensure that the foreign exchange spent on petrol subsidy is reduced for us to have forex for diesel imports too.

“If not our construction companies, industries, hotels, etc, will all come to a stand still because they will not be able to buy diesel. You use diesel to get fuel to fillings stations, you use it to run the generators of various businesses in Nigeria because there is no light across the country. So this is the only way out.”

Asked whether marketers had informed the government about these concerns, Korie replied, “Of course, we’ve reached out to them about this. And the response is still the same problem that we are facing – petrol.

“You can’t buy petrol at a high price and sell this low. Crude oil is about $130/barrel, the cost of fuel, if you hear it, you will run away; but you are selling at N165/litre. So definitely you don’t expect money to remain for government to run other activities when it spends heavily on subsidy.”

Efforts to get the official position of the Federal Government did not yield the desired result, as the Nigerian Midstream and Downstream Petroleum Regulatory Authority, the regulator, stayed mute when contacted.

NMDPRA’s spokesperson, Kimchi Apollo, did not answer several calls to his mobile phone and stayed mum when he was sent messages on the matter.

This came as the Nigerian Association of Road Transport Owners confirmed that its members had resumed operations fully with respect to the transportation of petrol, following the increase in freight rate by the government.

The National President, NARTO, Yusuf Othman, told our correspondent that the association was optimistic that the petrol queues caused by the earlier suspension of operations by some members, particularly in Abuja, would clear fast.

Last week, the President, Major General Muhammadu Buhari (retd.), approved an increase in the freight rate being paid to transporters of petroleum products in a bid to clear the persistent fuel queues by motorists in parts of the country.

Oil marketers had repeatedly complained that the lingering fuel queues in Abuja and neighbouring Nasarawa and Niger states, among others, were due to the inability of petroleum product transporters to purchase the diesel required to run their trucks.

This, they said, was due to the hike in the pump price of diesel, which was currently dispensed at about N850/litre.

To address this concern, the NMDPRA announced last week that Buhari had considered the issue and had approved an upward review of the freight rate.

Reacting to the development, Othman said, “This is good for the sector because in the last few months, due to the high cost of diesel we have more or less been operating at a loss.

“But with the increase of the freight rate, most transporters who have hitherto parked their trucks due to no gain in the business, have now come out and continue their business.

“At the same time, there will be some new investments, those who are in the system and are willing to put more money will now put more trucks into the business. So this will gradually reduce all the queues that you are seeing.”

When asked specifically whether transporters who parked their trucks had resumed operations, Othman replied, “Yes, of course, with this development those transporters are now back on stream.

“This is because there is now a guaranteed increase in the freight rate.”