Ohanaeze’s National Publicity Secretary, Alex Ogbonnia was reacting to a remark by the presidential candidate of the New Nigeria Peoples Party, NNPP. 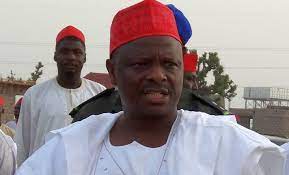 The apex Igbo socio-cultural organisation, Ohanaeze Ndigbo has called out Rabiu Kwankwaso over a comment he made concerning Labour Party presidential candidate, Peter Obi.
According to Ohanaeze, the former Kano State governor and presidential candidate of the New Nigeria Peoples Party, NNPP is not a presidential material.
Ohanaeze’s National Publicity Secretary, Alex Ogbonnia was reacting to a remark by Kwankwaso in which he said the Southeast was politically immature to produce Nigeria’s President in 2023.
He said the presidential candidate of Labour Party, LP, Peter Obi would have to be his running mate and not the other way around.
Condemning Kwankwaso’s comment, Ogbonnia said the NNPP presidential candidate lacked the competence to assess the Igbos.
He insisted that the Igbos were long prepared to produce Nigeria’s presidency.
In a statement, Ogbonnia stressed that anybody that had done well in business, and lived in other parts of the country, can rule Nigeria.
The scribe of the organization maintained that an Igbo president would perform better because they understand the country.
According to him, Nigerians should not doubt the competence of the Igbo nation to rule Nigeria if given the opportunity.
He said: “Kwankwaso’s description is unfortunate. He does not know Igbo and lacks the capacity to assess its people. Such a comment is not expected of a presidential candidate.
“As far as I know, Igbo have been the pillar that has helped this country to survive so far. He should know that any person who can do well in business and live in any part of the country can succeed as president.
“Kwankwaso cannot be said to be the best material the country can have when issues of the presidency are discussed. Except for our parochial nature and the kind of politics we have in Nigeria, I do not think that our competence should be in doubt at any time.”
Top Stories