Wadume was remanded in custody at the Kuje prison, for armed robbery, kidnaping and gun running after his arrest by operatives of the Intelligence Response Team (IRT). 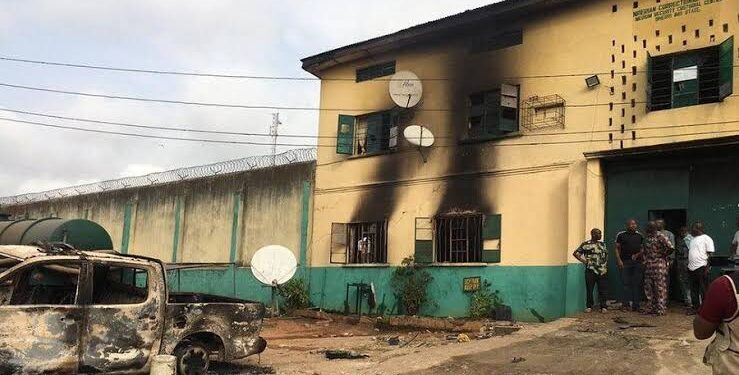 Hamisu Wadume, a kidnap kingpin from Taraba State, has escaped from custody.

He is reported to be among the inmates that escaped from the Kuje Prison in Abuja during the Tuesday night attack by the Islamic State West Africa Province (ISWAP).

In August 2019, SaharaReporters had reported that the Nigeria Police Force arrested Hamisu Wadume, a high-profile kidnap kingpin in Taraba State.

He was transported to Abuja on August 6, 2019, after his initial arrest by police officers on a covert operation before they were attacked by troops of 93 Battalion based in Takum, Taraba State.

The attack led to the death of three officers including a civilian while Wadume was set free by the soldiers.

The incident led to a face-off between the police and the Nigerian Army with a panel set up to investigate the matter.

He was remanded in custody at the Kuje prison, for armed robbery, kidnaping and gun running after his arrest by operatives of the Intelligence Response Team (IRT).

He has, however, not been found since the attack on the facility on Tuesday, Daily Sun reports.

SaharaReporters earlier reported that the United States government already issued a security alert to citizens resident in Abuja and environs to be cautious.

Also, the Nigerian Minister of Defence, Bashir Magashi, had on Wednesday said the 64 Boko Haram suspects who escaped from the Kuje Prison after the Tuesday’s night attack were still at large.