Upon their arrests, they confessed to having been in the act for so many years and have been arrested by the police on so many occasions. 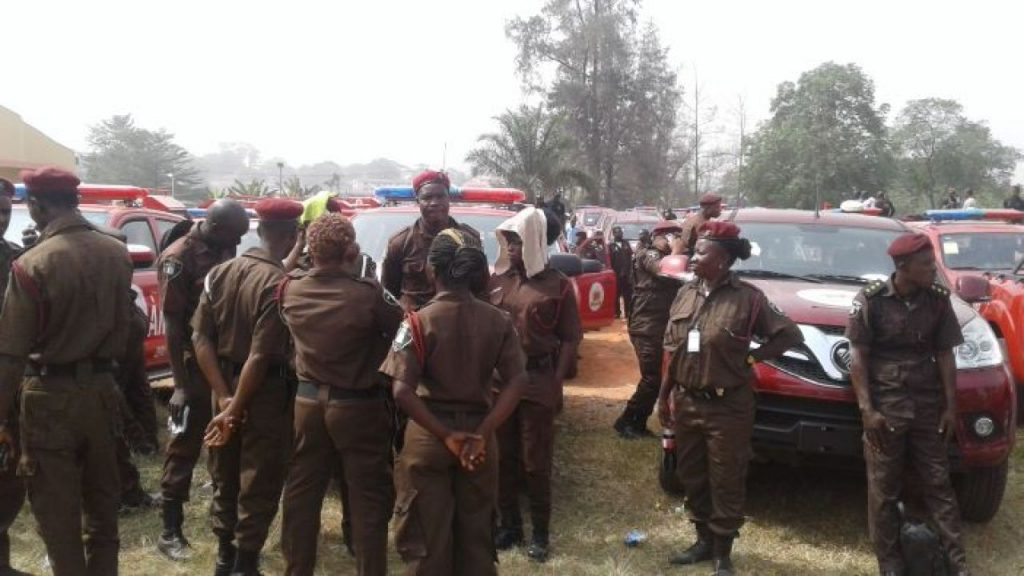 They were arrested by the personnel of the Osun Amotekun Corps, Daily Post reports.

The suspects were nabbed by the security agents at the Osogbo City Stadium, venue of the All Progressives Congress (APC) gubernatorial grand finale campaign rally in Osogbo on Tuesday.

Jaiye stated that he came from Akure, Ondo State, while Isiaka also said he came from Ibadan, Oyo State for the act.

Upon their arrests, they confessed to having been in the act for so many years and have been arrested by the police on so many occasions.

Meanwhile, the Osun Amotekun Corps Field Commander, Amitolu Shittu, chatting with journalists, stated that the suspects were apprehended after they were caught in the act by their operatives at the APC mega rally at the stadium.

“We arrested 2 notorious criminals today who specialise in picking pockets and nipping cell phones of the personalities and dignitaries at the programmes, but luck ran against the duo after perpetrating the act and our intelligent officers who are on surveillance at the rally arrested them,” he said.

While revealing that the outfit had arrested pickpockets at other rallies within the State for stealing cell phones, Shittu stated that the suspects will be handed over to the police on Wednesday.