INEC In Talks With NCoS On Allowing Inmates To Vote


Mahmood Yakubu, INEC chairman noted that there are a lot of areas to be addressed before a decision can be taken on allowing inmates to vote. 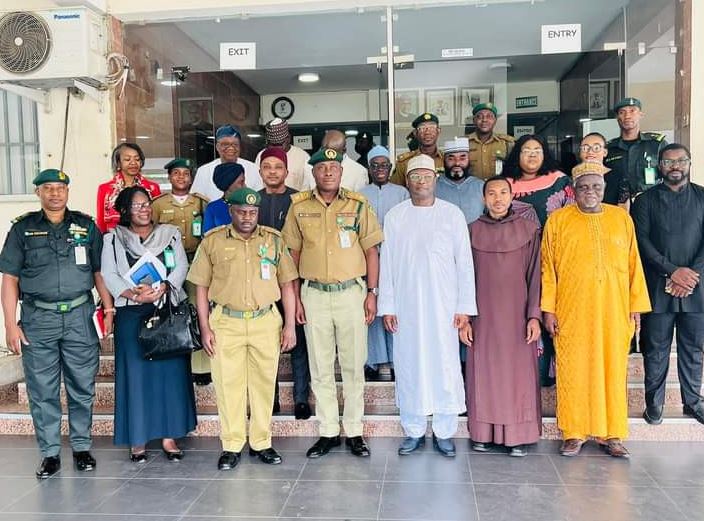 There was a meeting between the Independent National Electoral Commission (INEC) and officials of the Nigerian Correctional Service (NCoS) on Tuesday, July 19, to discuss modalities for allowing inmates to exercise their franchise.

Mahmood Yakubu, INEC chairman who spoke after the meeting held at the commission's headquarters in Abuja, noted that there are a lot of areas to be addressed before a decision can be taken on allowing inmates to vote and these include location of polling units, format for electoral campaigns, access to correctional facilities for election officials, the media and observers and many others.

“Section 12(1) of the Electoral Act 2022 lists five qualifications for registering as a voter in Nigeria because you have to register as a voter, before the right to exercise that right as a voter is conferred.

“This is one area we need to discuss so that we know the categories of inmates that will exercise the right to vote. We, therefore, need to work things out carefully. We want transparency of the process, because everything that we do in the commission, particularly when it comes to the right of citizens to vote, must be done transparently.

“So, will inmates vote outside or inside the prison? Are we going to set up polling units outside or inside the prisons? Since the majority of inmates are awaiting trial, we believe some of them are already registered voters. If they are registered voters, what they will do is to transfer their registration. Will they transfer their registration to the correctional centres for that reason?

“So, these are some of the issues that we need to carefully discuss and resolve before a decision is taken. But in principle, the commission is committed to ensuring that all Nigerians are given the right to vote and be voted for — but in this particular case, the right to vote, which is exercisable under the law.

“The sooner we are able to address these issues, the better for the process. But remember, we have only a little over seven months to the next general election. But the next general election is not going to the last conducted by Nigeria. So, even if we don’t meet all these critical thresholds for 2023, we’ll continue with the discussions to see what happens beyond 2023.”