2023: Obasanjo Doesn’t Have Better Candidate To Support Than Myself, Says Atiku


Atiku said he has been talking to the former president, adding that the only thing he has yet to do was to visit him after his emergence as the PDP presidential candidate. 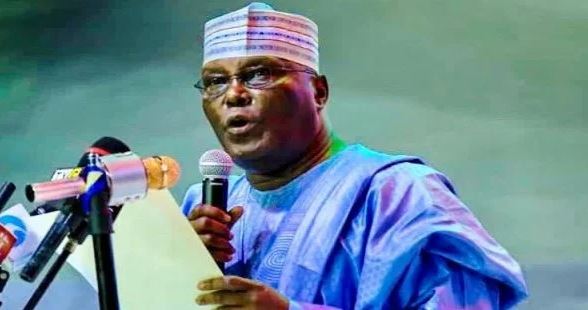 Atiku says Obasanjo does not have a better presidential candidate to support than himself.

The PDP candidate made this assertion while speaking in an interview with Arise TV on Friday.

Atiku said he has been talking to the former president, adding that the only thing he has yet to do was to visit him after his emergence as the PDP presidential candidate.

The former vice president of Nigeria noted that he still has the legacy of former President Obasanjo to continue.

Recall that the presidential candidate of the Labour Party, Peter Obi had earlier visited the former president to seek his support and blessing ahead of the 2023 presidential election.

Meanwhile, Atiku has said he is already reaching out to the Governor Nyesom Wike of Rivers state, saying the party stakeholders will soon reconcile with the aggrieved Rivers state governor.

The PDP presidential candidate said, “We are reaching out to Governor Wike and we are talking with him and I believe very soon we will find a reconciliation. In fact, very soon, because we are talking to him.

“We are talking to his governor colleagues.I am very optimistic we are going to resolve our internal crisis and move on,” he added.

Atiku, who described Wike as an influential politician who has a good future in Nigerian politics, noted that he did not reject the governor.

He said, “The committee that was set up at my own instance deliberated. There was no vote, and they recommended three names, because they knew it was my prerogative to pick anyone of the three. So, there was actually no vote. It’s not true.

“He Governor Ortom himself chaired that committee. He knew there was no vote taken, and I have the report of that committee. The committee recommended three people and I picked one. I did not go out of that recommendation. So, I think people should be fair to me and should also state the fact,” he added.

Recall that there had been agitation over Atiku’s selection of Governor Ifeanyi Okowo of Delta State as running mate over Wike.

After the unveiling of Okowa by Atiku, Wike had been speculated to be considering moving to the ruling All Progressives Congress, APC.

Vanguard had reported that the PDP selection committee had recommended the Rivers State governor after 13 of 17 members, who attended a PDP stakeholders meeting voted in favour of Wike.

Wike, who participated in the PDP presidential primary scored 237 against the 371 votes secured by Atiku, who won the party ticket.