A student of Kubwa Model Junior Secondary School, Abuja, lamented how their teachers made them write 13 subjects on Tuesday. 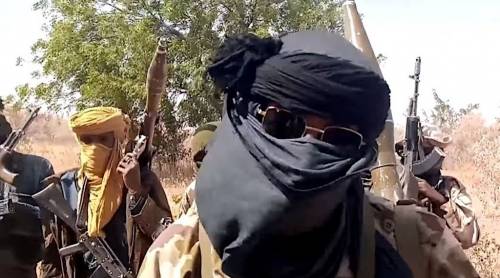 It has been revealed that some government schools in the Federal Capital Territory, Abuja, were forced to rish their students by terrorists.

Following the threat of terrorists to attack the Federal Government Colleges, the schools made their students to write up to 13 papers in a day in order to shut down their schools.

The Federal Ministry of Education had ordered the closure of all schools in the nation’s capital.

The directive came at a time when students were writing their third term examination.

A student of Kubwa Model Junior Secondary School, Abuja, lamented how their teachers made them write 13 subjects on Tuesday.

“We went to the school with preparation to write only one or two papers, but we ended up writing 13 subjects in a single day,” he said.

The student said some of them were traumatised as they were scared of possible terrorists attack.

A boarding student in Dutse-Makaranta, Abuja, who was taken back home by her parents on Tuesday, said they spent part of the previous night to write two subjects.

“The school management summoned us back to classrooms around 9pm on Monday, and made us to write two subjects,” she lamented.

She added they later on Tuesday, they sat for more papers just as their parents were waiting for them within the school’s premises.

One of the school teachers disclosed that because of the rush, students were made to answer questions in section “A” of the exam paper, which has objectives, while they were not allowed to attempt any question in section “B”, the essay part.

Residents of Abuja have been living in fear following rising kidnap cases and the ambush of soldiers last weekend.

A Nigerian Army captain and two soldiers were killed by terrorists in the Bwari area of the Federal Capital Territory (FCT), on Sunday night.

The deceased officers, who were attached to the Presidential Guards Brigade, were reportedly ambushed after they visited the Nigeria Law School in Bwari following a distress call from the authorities of the school.

The school management was said to have alerted that terrorists had dropped a letter indicating an imminent attack.

Spokesman of the Guards Brigade, Captain Godfrey Anebi Abakpa, confirmed the attack to Daily Trust, but said troops were already combing the area in order to ensure that terrorists were not hibernating there.