The lawmaker expressed sadness over the alleged inability of the Senate to remove President Buhari following the insecurity and other challenges facing the nation. 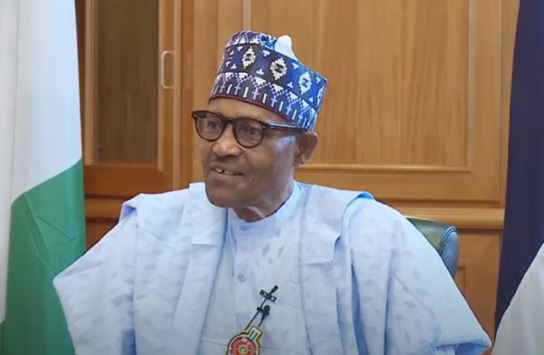 Nicholas Tofowomo, the senator representing the Ondo South, has weigned in over the attempts to impeach President Muhammadu Buhari.

The lawmaker expressed sadness over the alleged inability of the Senate to remove President Buhari following the insecurity and other challenges facing the nation.

This is as he noted that the Senate should have impeached Buhari two years ago.

He stated this in a chat with The PUNCH our correspondent in Akure, the state capital, on Friday.

Tofowomo declared that there was a need for the country to be saved from imminent total collapse, saying that the Buhari-led had failed totally due to its inability to address any of the challenges of the nation.

The senator said, “Look at us in the National Assembly now. We are leaving in seven months and we are now demonstrating. Does it make sense?

“Because I am part of them, I have to join them. If you look at it genuinely, we should have done this two years ago. It is very sad.

“In Abuja now, everybody is hiding. If you go to malls now, they are just like ghost towns. Even the National Assembly, everywhere is dry. Everybody has run away. Even the APC senators are angry.

“The naira is falling every second. Internal security is gone. What is honourable is for Buhari to just resign. But the minister is telling us that what we are doing is babyish.

“It is very unfortunate because our future is not bright. In the law school Abuja now, they are hiding. Boko Haram has been to the school two times. The country has collapsed.

“You know we have a closed session on Thursday. Majority of those in the session are for Buhari to be impeached, including members of the APC.

“I suggested that Buhari should be summoned to the National Assembly to come and give an account of the Nigeria security and if he doesn’t come, we should impeach him.

“This is what we should have done two years ago but Buhari has already pocketed the senate. If not, his minister would not be saying that against us.”

Tofowomo also suggested that one of the ways to improve the internal security system was by strengthening the police, adding that the Nigerian police are poor.