He stated that smoking marijuana shows a bad example and the musicians do it with impunity. 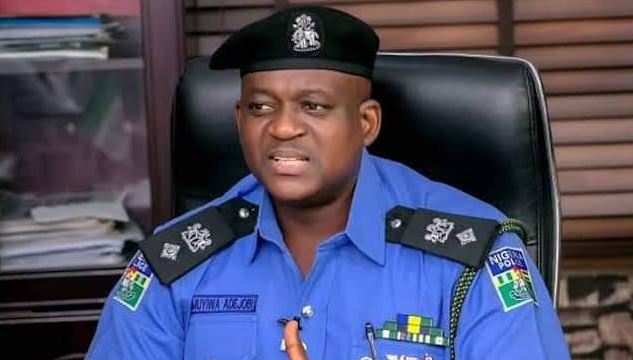 Spokesperson of the Nigeria Police Force NPF, CSP Olumuyiwa Adejobi, has disclosed that he is trying to take steps to stop the smoking of marijuana in music videos.

Adejobi stated this while responding to a Twitter user who queried the police for failing to apprehend artistes who smoke marijuana aka weed in their videos even as the substance is prohibited in Nigeria.

He stated that smoking marijuana shows a bad example and the musicians do it with impunity.

''Thats too bad. I am trying to do something about it. And take some steps at the National level here. Its so sad that they do it with impunity. They lay bad precedents and show bad examples in our society. We must rise to that societal menace.'' 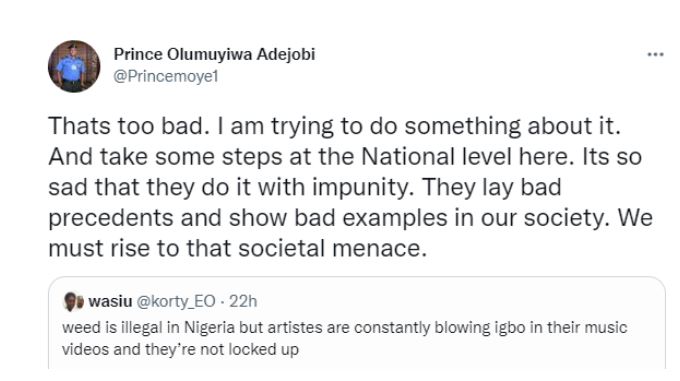