It was gathered that the armed bandits invaded the community in the early hours of Sunday, August 7, 2022. 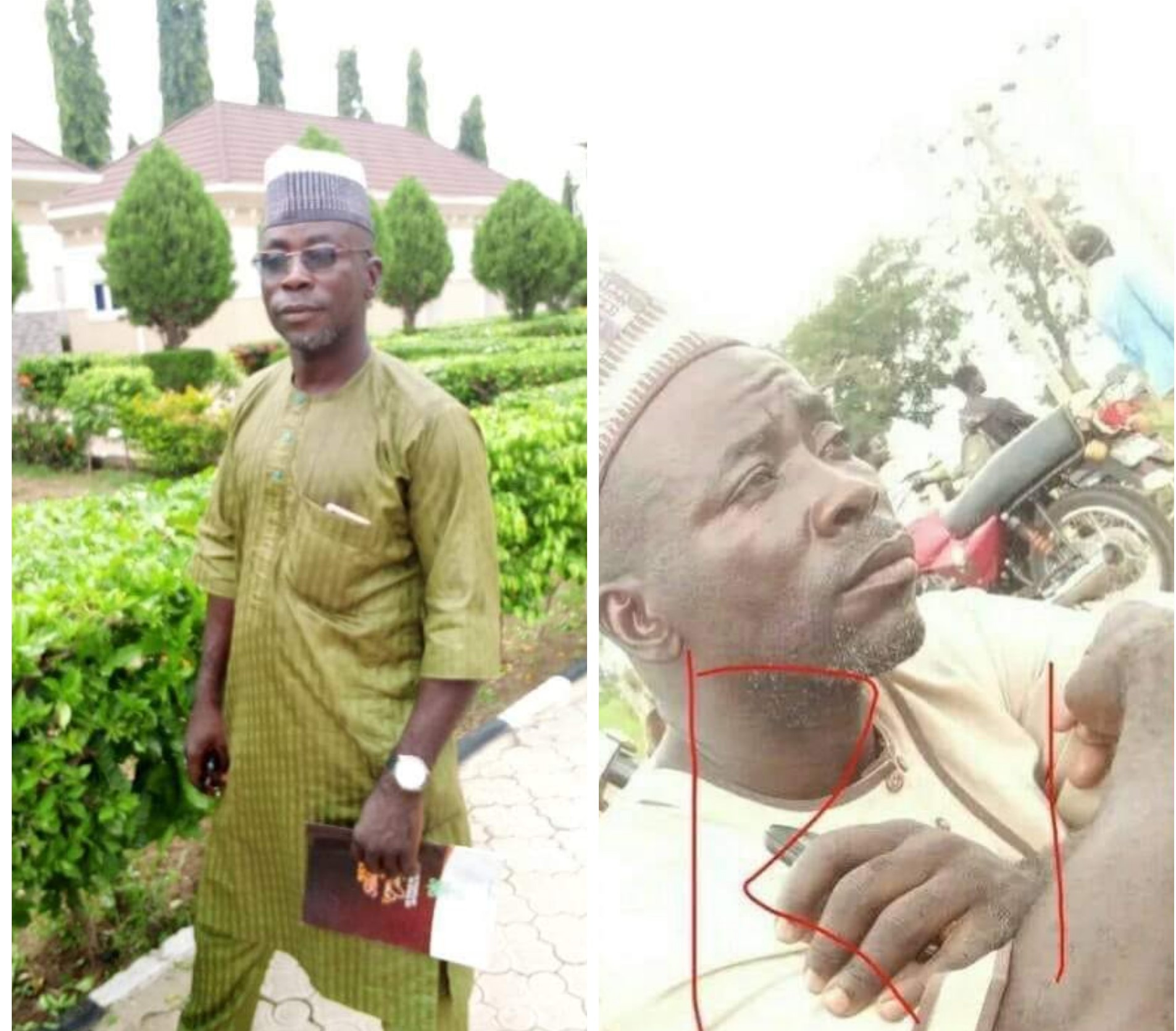 A Nigerian man who tried to resist being abducted by bandits has been killed in Yarranda village, Funtua town, Katsina state.
The man has been identified as Dahiru.
According to residents of the town, the deceased refused to go with the bandits, insisting that none of his family members have money to pay for ransom.
It was gathered that the armed bandits invaded the community in the early hours of Sunday, August 7, 2022.
A Twitter user, Idris4peace @Edrees4P, also confirmed the incident, saying, "Dahiru driver was killed by heavily armed bandits who attacked Funtua community early this morning. He was refused to follow bandits to the forest and insisted that none of his family members have money to for pay for his ransom. He died as hero because he dragged them before they overpowered him and shot him in his head. He was very courageous & patriotic, he mobilized many young people to defend his community."
Meanwhile, acquaintances have taken to social media to mourn the deceased. They described him as a kind, patient and honest man,
"Sunday night was darker to many of us flying Funtua Abuja route. Mal Dahiru Driver was murdered by a vicious beasts of bandits in his village, Yarranda, Funtua, Katsina State. His Golf saloon served many of us better than our cars while conveying passengers and their luggage or handy messages sent between the two ends of the destination daily," Muhd Sani Abdullahi wrote.

"He had been very helpful to most families that have anything to do with Abuja from Katsina or vice versa. Dahiru was kind, patient, honest, dedicated and man of his words. You would never regret knowing him. We spoke last Thursday when Sanusi Alhassan put him in (the phone) as they were about to journey back home. May his soul rest in peace and to his assailants, we never wish them well, unless they repent. Rest in peace good man. Allah ya albarkaci zuri'ar da ka bari." 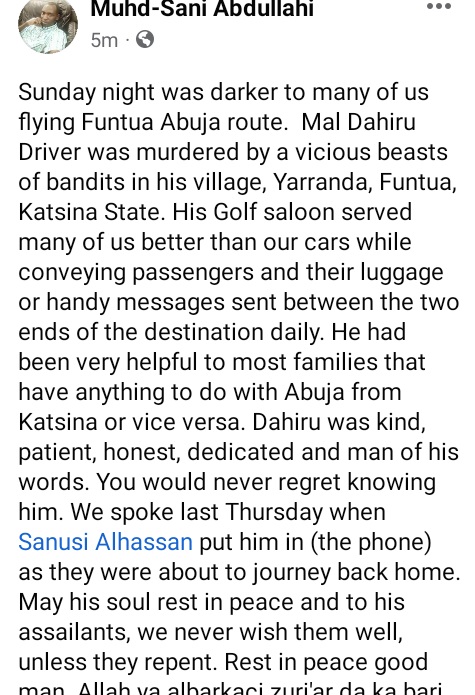 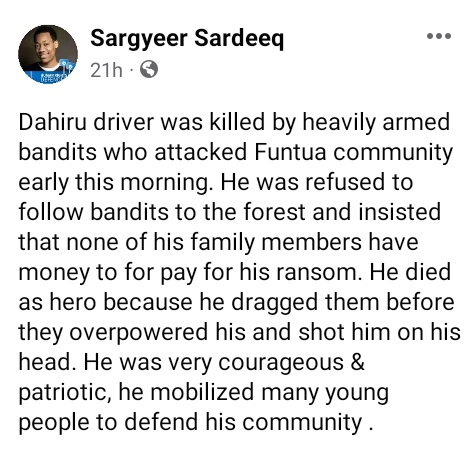