The lawmaker had in a post on his verified Facebook page lamented the development saying “for the first time in 84 years Manchester United suffered a heavy defeat to Brentford. 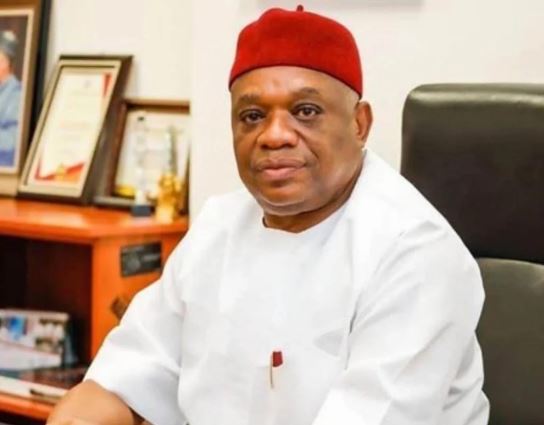 Orji Uzor Kalu, the Senate Chief Whip, has lased out at Nigerian youths.

The senator tackled Nigerian youths who mocked him and the ruling All Progressives Congressman yesterday following the defeat of Manchester United.

DAILY POST recalls that the Red Devils were beaten 4-0 by Brentford on Saturday barely a week after they were defeated by Brighton.

The lawmaker had in a post on his verified Facebook page lamented the development saying “for the first time in 84 years Manchester United suffered a heavy defeat to Brentford.

“Definitely not a good time for Man U and its fans, I hope they get back on track and on time as one can only imagine what will happen when they face Liverpool next week”.

A section of his followers, however, stormed the comment section to mock the APC chieftain saying his party will be drafted like Manchester United in the 2023 presidential election.

Mayor Sam wrote, “Senator, your own defeat is awaiting you come 2023, that’s how you and your co masters will lose the 2023 elections. Everyone is Obidient now. APC is gone forever”.

Igbonna Efoke said, “Senator, this is how your party will lose the presidential election come Feb 2023”.

Reacting, the former Abia State governor lambasted the commenters saying no one insults elders and be successful in life.

In a fresh video on his Facebook page, Orji said he was very successful at 25, saying he expected the youths to approach with great ideas, not insults.

He said, “Instead of Nigerian youths to face what the business is all about, they are facing what is not the business. When we talk Man City, they should reply to the club not to be abusing a statesman like me that this is how my party will end and all that.

“We should learn. You don’t insult your elders and become successful. I don’t want to curse anybody in Nigeria because I didn’t behave like this as a youth.

“When I was 25, I was already very successful so if I see youths who should be chatting with a statesman like me that they have lots of ideas are now joking with it. It is not fair on me”.