Keyamo, who claimed that the Buhari government inherited the Boko Haram problem, also admitted that the terrorists have not been totally wiped out. 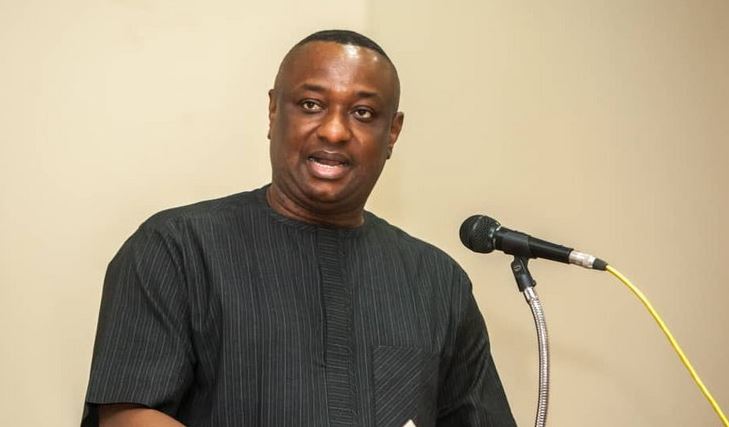 Minister of State for Labour and Employment, Festus Keyamo has said that the Buhari-led government has tackled the worsening insecurity and that Boko Haram has been reduced significantly.

Keyamo, who claimed that the Buhari government inherited the Boko Haram problem, also admitted that the terrorists have not been totally wiped out.

The Spokesperson for the All Progressives Congress (APC) presidential campaign spoke on Monday during an interview with Trust TV.

He said, “What did we inherit? We inherited the Boko Haram problem. At that time, they had taken over more than fourteen local governments in the northeast and hoisted their flags. We inherited the farmers-herders crisis that had been going on even before [Olusegun] Obasanjo’s time. These are existential problems.

“What have we done about those two problems? A club like El-Kanemi Football Club of Borno that were playing their football matches in Bauchi because of insecurity— nobody could gather in one place in Maiduguri to watch a football match – now El-Kanemi is back to Maiduguri, that is success.

“Boko Haram hasn’t been totally wiped out, but it has reduced significantly because we constructively engaged our neighbours. We reduced them to almost nothing. I’m not saying these things have totally wiped out, but on the scale of what we met and on the scale of what we have, it has reduced significantly.”