The order was given by the Deputy Governor, Senator Hassan Muhammad Nasiha while on an official visit to the Center. 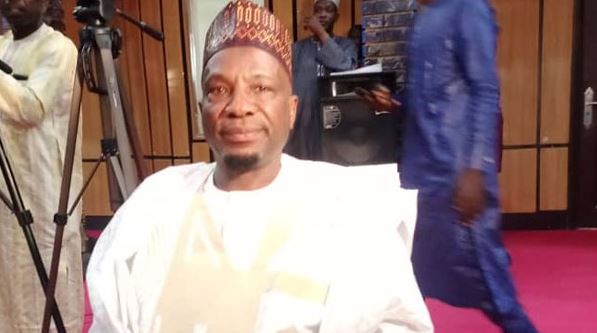 The conversion of Damba COVID-19 Disease Control Centre in Gusau, the Zamfara State capital to a General Hospital Status has been ordered by the state government.

The order was given by the Deputy Governor, Senator Hassan Muhammad Nasiha while on an official visit to the Center.

Addressing newsmen at the premises of the Covid- 19 center shortly after his inspection, the Deputy Governor said the visit was a follow-up to his last visit to the Center and Ahmed Sani Yarima Specialist Hospital.

“The visit facilitated for me to see for myself the level of compliance to the State government’s directives on how best the management and staff can improve their services for the betterment of the citizens,” he added.

At the Damba Covid-19 Diseases Control Centre, the Deputy Governor inspected all the available equipment and directed for the immediate handing over of the facility by the Ministry of Works to the Ministry of Health for onward preparations for the conversion of the Centre to the status of General Hospital.

Senator Hassan Nasiha further issued a two-week ultimatum to ensure the immediate take-off of the Centre as a General Hospital.

He warned that the administration of Governor Bello Muhammad Matawalle would not in any way tolerate the mismanagement of public properties.

“Taking into consideration the increase in population in the State capital and its environs, the newly approved General Hospital Damba is expected to complement the other existing facilities in Gusau.

“This is because it will cater for the health care delivery of people from Mada, Ruwan Bore, Wonaka, Damba and other villages in the surroundings,” he said.

At the Yariman Bakura Specialist Hospital, the Deputy Governor inspected the various wards.