The eNaira is a central bank digital currency backed by law and issued by the CBN as a legal tender. It is the digital form of the Naira used as cash. 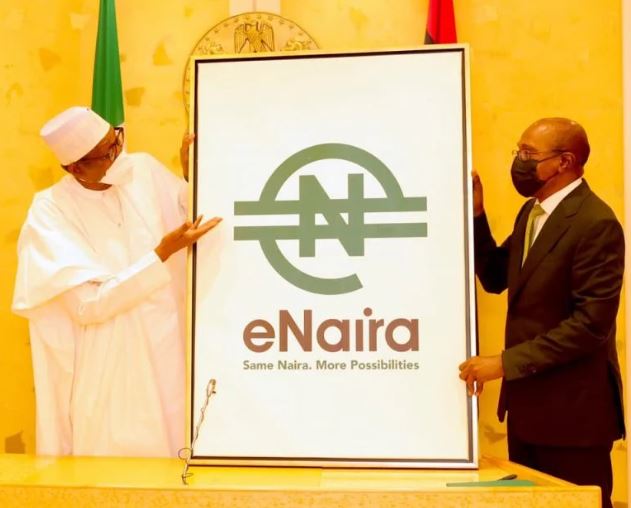 Godwin Emefiele, the Central Bank of Nigeria Governor, has made a new announcement about the eNaira.

He disclosed that from next week, Nigerians would be able to transact on eNaira wallet through the Unstructured Supplementary Service Data code on mobile phones.

The eNaira is a central bank digital currency backed by law and issued by the CBN as a legal tender. It is the digital form of the Naira used as cash.

Aside from transacting, Emefiele said Nigerians can also open an eNaira wallet on any phone of their choice through the designated USSD code.

According to him, Nigerians will only have to dial *997# from their phones to carry out transactions on their phones.

The CBN boss announced these at the Grand Finale of the 2022 eNaira Hackathon in Abuja on Thursday.

“Nigerians, both banked and unbanked, will be able to open an eNaira wallet and conduct transactions by simply dialling *997 from their phones.

“Shortly after this, both merchants and consumers with bank accounts can use the NIBSS Instant Payment (NIP) to transfer and receive eNaira to any bank account.

“This will further deepen the integration of the eNaira with the existing national payment infrastructure”.

“The CBN will increase the level of Financial Inclusion in the Country because just like the Naira, the eNaira is expected to be accessible to all Nigerians. And would provide more possibilities to bring in the unbanked into the digital economy”.

The PUNCH had on May 11 2022 reported that Emefiele said central banks across Africa and other parts of the world are trying to study Nigeria’s eNaira project.

He noted that the CBN had been receiving a lot of enquiries from central banks in Africa and different parts of the world who were trying to understand what the bank was doing.