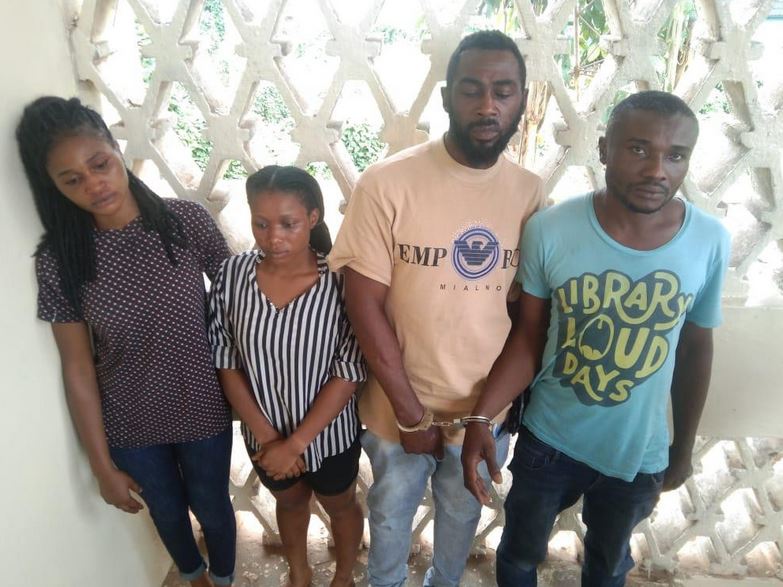 Four suspects allegedly operating a syndicate that lures victims into love affairs and then blackmail them with s3x tapes recorded during the affair have been rounded up by operatives of the Anambra state police command on Thursday, August 18.

''They thereafter, take the victim to a room, where Obianuju Nduba engages the victim in a foreplay.

The other members of the gang force themselves into the room, take n*de pictures/videos of the victims, which they use to force the victims into transferring huge sums of money to them, with the threat of publishing same on social media if the the victims fail to comply and also dispossess the individual of his personal belongings.''Tochukwu said

The police spokesperson stated that the case will be charged to court once investigations are concluded.