This makes it two bodies that have been found out of the four missing students who drowned at the beach. 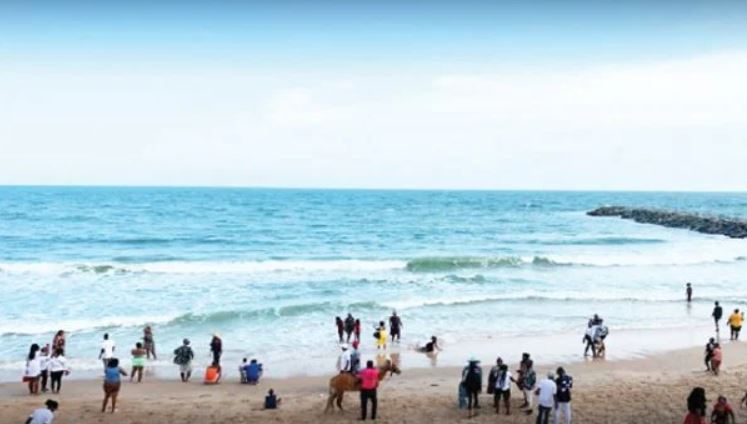 In what will come across as a really heartbreaking development, the dead body of another missing Nigerian teenager, has been recovered in Lagos.

The missing teenager had drowned at the Elegushi Beach in the Lekki area of Lagos State.

The victim was identified as Abass Elegushi, a relative of the owner of the beach.

This makes it two bodies that have been found out of the four missing students who drowned at the beach.

PUNCH Metro had reported that 10 students, aged between 14 and 15, went to swim at the beach to celebrate the success of their school examination.

While six of them were rescued alive, four were missing.

The spokesperson for the Elegushi Beach Management, Chief Ayuba Elegushi, had in a statement, said the pupils were not properly registered.

He also noted that the incident happened at an unmanned section of the beach.

A female body was recovered on Wednesday, while Abass’ remains were found on Thursday.

Ayuba said it was becoming difficult to recover the remaining two bodies.

“Our horsemen have been patrolling the beach since morning to see if the water has brought the other bodies out,” he added.

Abass’ brother, Idris Elegushi, who was one of those managing the beach, confirmed that his brother had been identified and his body received by the family.

Idris, who took our correspondent to the scene of the incident, noted that the teenager was the youngest child of the family.

He said, “He and his friends followed him to our house. He dropped his exam result there and they came to the beach together. I was not around then.”

The brother said the beach management did not allow people to swim at that time because the tidal waves could sweep them away.

He said, “Abass was not much of a swimmer and the tidal waves are massive sometimes. I have never gone there to swim. When we catch kids trying to get in, we always beat them. We punish them so they will not come again. Sometimes, we take them to the police.

“They were initially sent away twice before Abass took the pupils to the extreme section of the beach. There is a 500-meter distance between where they were chased from and where they went. Nobody would know anything was going on there.”

At the police station, the father of one of the pupils, who spoke on condition of anonymity because the case was still under police investigation, appealed to the state government to come to their aid.

He said, “They went on their own. Since they did not go on an excursion, I don’t know what the government will do. But I hope they will compensate the victims’ parents.”

Another parent, who also asked not to be identified for the same reason, said, “The government should contribute actively to the search so that the remaining bodies can be recovered. They should come into the matter.”

Our correspondent gathered that the police had concluded its investigation and a report would soon be forwarded to the state Commissioner of Police.