When the suspect returned to the location on Sunday morning to sneak out the motorcycle, the resident pounced on him and killed him. 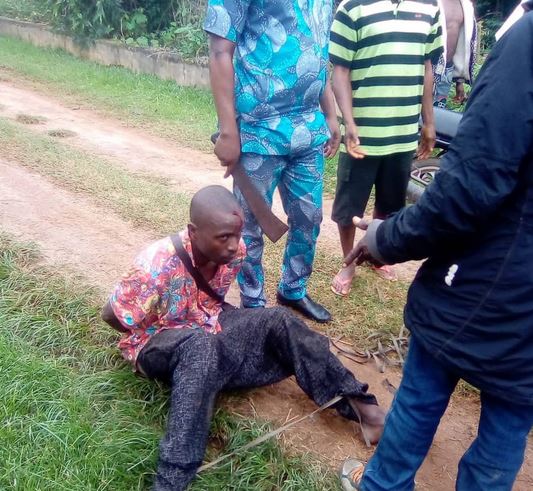 The suspect was apprehended on Sunday, August 21, by commercial motorcyclists and passersby after he allegedly stole a motorcycle at Ireti Ayo community, Ilesa.

It was gathered that the suspect had dispossessed the motorcycle from an unsuspecting commercial motorcyclist in the area on Saturday night.

Report indicates that the residents launched a manhunt for the suspect after they found out where he hid the stolen motorcycle.

When the suspect returned to the location on Sunday morning to sneak out the motorcycle, resident pounced on him and killed him.

A source at the Ayeso A' Divisional headquarters of the Nigeria Police said the suspect was an notorious unrepentant robber with many criminal records bothering on motorcycle snatching.

The source said body of the suspect has has been deposited at the Wesley Guild Hospital mortuary Ilesa town.