The crossdresser who was clad in a blue dress, had his nails colored blue was harassed at a market. 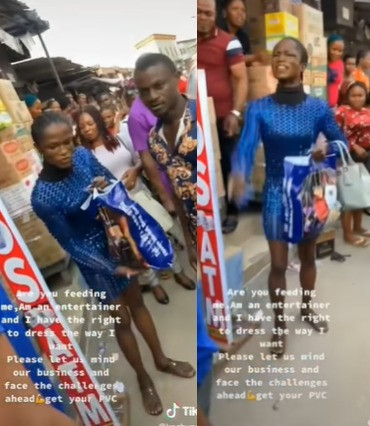