The suspect was arrested following intelligence-driven investigation by the command. 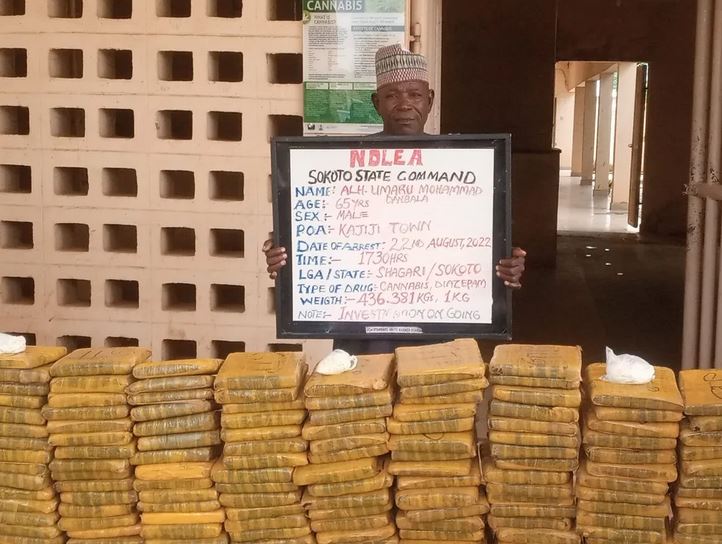 Briefing newsmen on Tuesday, August 23, the NDLEA Commander in the state, Adamu Iro, said the suspect was arrested following intelligence-driven investigation by the command.

According to NAN, Mr Iro said the suspect, who is a traditional title holder has been on the suspects’ list of the command for a long period of time.

"Earlier, we arrested his wife in possession of large amount of illicit drugs, but we released her following an investigation that the items belonged to the husband. So, Alhamdulillah, on Monday, we have been able to nan him and we found 436.381 kg of Cannabis Sativa and 1 kg of Diazepam at his residence," Iro said.

The Commander added that the suspect had since admitted to the offence and informed the command of being in the business for a long period of time.

He said that the command would ensure proper, but speedy investigation on the matter in order to charge the suspect to court.

Iro further assured the citizens of the NDLEA’s determination to raid all traffickers’ dens and ensure that they are prosecuted accordingly.

He appealed to the general public to continue to support the agency toward achieving its mandate of ending any form of drug abuse in society.