She said she has not been expelled from the party, and that no notice of such was sent to her by the party’s state chapter. 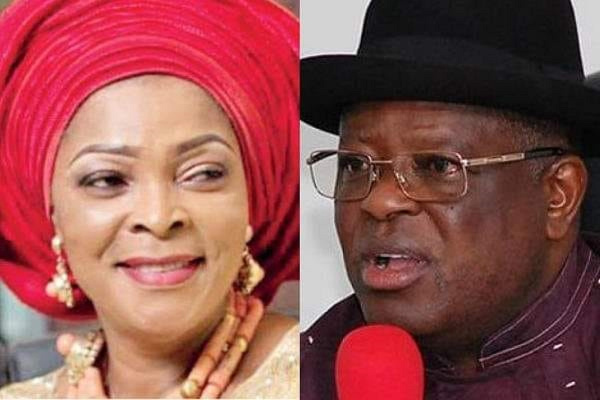 Ann Agom-Eze has insisted that she's still the All Progressives Congress (APC) candidate for the Ebonyi south senatorial seat.
According to her, no one expelled her from the party.
She added that no notice of expulsion was sent to her by the party’s state chapter.
Agom-Eze is the main challenger of David Umahi, governor of Ebonyi, for the ticket.
On July 22, a federal high court in Abakaliki dismissed a suit filed by Umahi, asking the court to recognise him as the APC candidate for the senatorial district.
However, the court recognised Agom-Eze, who came second in the May 28 senatorial primary election for Ebonyi south, but ordered that a fresh primary election be conducted within 14 days.
The APC conducted a fresh primary election on July 31, and Umahi was declared the winner.
Following this development, the Ebonyi chapter of the party announced the expulsion of Agom-Eze from the party for “rebelliously jeopardising her membership by violating APC’s constitution”.
Reacting to this on Sunrise Daily, a Channels Television programme, Agom-Eze said though the matter remains in court, she is the bonafide senatorial candidate of the party.
“As far as I am concerned, I’m the candidate because the judgment of the 22nd of June proclaimed me the candidate. So, for me,  I am the candidate. Though the case is still in court and ongoing, I’m still the candidate,” she said.
“I haven’t been expelled from the party. You and I know that to expel a person, that person has to be informed but I haven’t been informed. It was supposed to have come in writing, letting me know about the offences.
“And I should be able to respond. It is consequent on my response that I will be invited by a committee to look at those issues before a committee is taken.
“I also did not sign any letter of withdrawal also, I didn’t know where they got it from. I also didn’t lie in court and that’s up for the court to decide.”
Top Stories