Reacting to the news in an Instagram post on Thursday, Ronke shared a photo of the said house, stating that she does not own it. 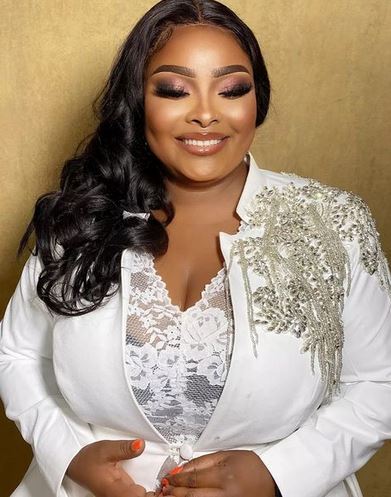 Some bloggers on Wednesday reported that the actress bought a new bungalow over the weekend. Moments after, fans of the actress stormed social media to congratulate her.

Reacting to the news in an Instagram post on Thursday, Ronke shared a photo of the said house, stating that she does not own it.

Putting out a disclaimer, she wrote: “Please I do not own this house and don’t know why its circulating on social media. While I appreciate the love and congratulations, please if you want to give me a house, do so physically and not on social media. Don’t be toying with my heart, Thank you.” 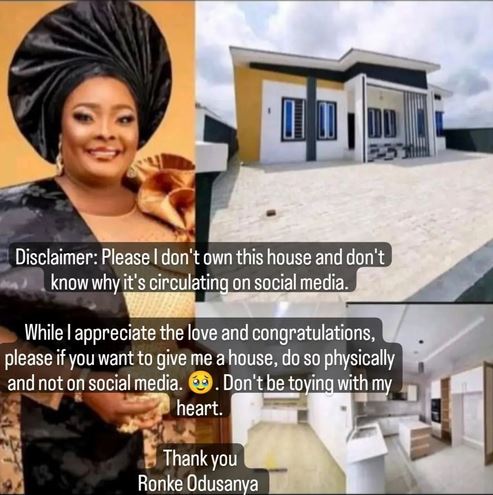 Reacting in the comment section of her post, some of her colleagues made jokes about the false reports.

Actor Woli Arole wrote: “But whether u like it or not you shall be Congratulated in Jesus name.”

Wumi Toriola added: “Shey make we loud am this one fit nor be amongst but hmmmmmmmm”