Go After His Associates And Highly Place Individuals Close To Him - FFK Tells DSS As He Shares Photo Of Terrorists’ Negotiator, Tukur With Atiku


He commended the DSS for the arrest, asking the service to go after the suspect’s associates. 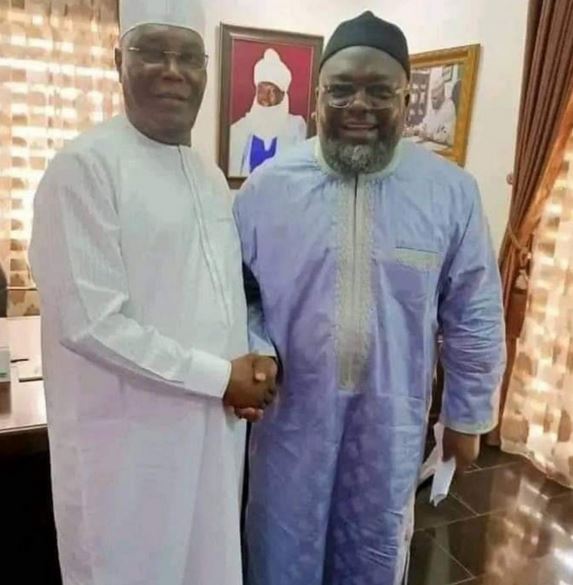 An APC chieftain and former Aviation Minister, Femi Fani-Kayode has appealed to the Department of State Services, DSS to look probe the link between detained terrorists’ negotiator, Tukur Mamu and a leading figure in the Peoples Democratic Party, PDP.

Recall that Tukur Mamu was arrested with his family on Tuesday and repatriated on Wednesday.

The Nigerian secret police while confirming the arrest, had said the suspect is in the custody of the service, stating that he has some questions to answer.

Reacting to the arrest, Fani-Kayode who shared a photo of Tukur Mamu and the Peoples Democratic Party, PDP presidential candidate, Atiku Abubakar in a tweet on his official handle, asked the service to investigate the link between the suspect and “leading figure in the PDP”.

He commended the DSS for the arrest, asking the service to go after the suspect’s associates.

He wrote, “The biggest breakthrough in the fight against BH & ISWAP is the arrest, repatriation & detention of Tukur Mamu who is an accomplice to the terrorists and who negotiates for ransoms on their behalf.

“I commend the noble & patriotic efforts of the DSS and NIA in this respect.

“I urge them to go after his associates and other highly placed individuals who are close to him and that have also spoken & negotiated for the terrorists in the past.

“Finally, I call on them to establish precisely what the link is between him and a leading figure in the PDP”.