As the guard fell on his face, two men rushed over to help him up. 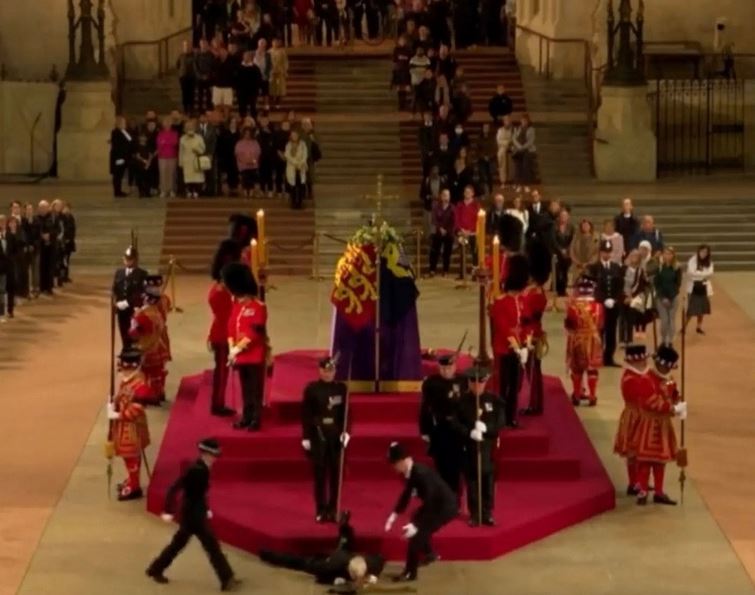 As Queen Elizabeth II was lying in state at Westminster Hall on Wednesday, a guard standing watch beside her coffin fainted.

As mourners paid respects to the late queen as she lies in state at Westminster Hall, the guard, clad in a black uniform and holding a staff, stumbled from his position on the raised podium — called a catafalque — where the Queen’s casket sits.

He briefly stepped off the platform after swaying unsteadily.

He then got back up and returned to his position.

Shortly after, he fell again and landed face first on the ground.

His cap fell off, revealing a head of white hair, and two men rushed over to help him up.

The Queen’s coffin is guarded around the clock by service members from the Sovereign’s Bodyguard, the Household Division, or Yeoman Warders of the Tower of London.