What EndSARS Protesters Should Have Done – Yahaya Bello


The #ENDSARS protests lasted between October 7th and 20th in Lagos and several other states in the country. 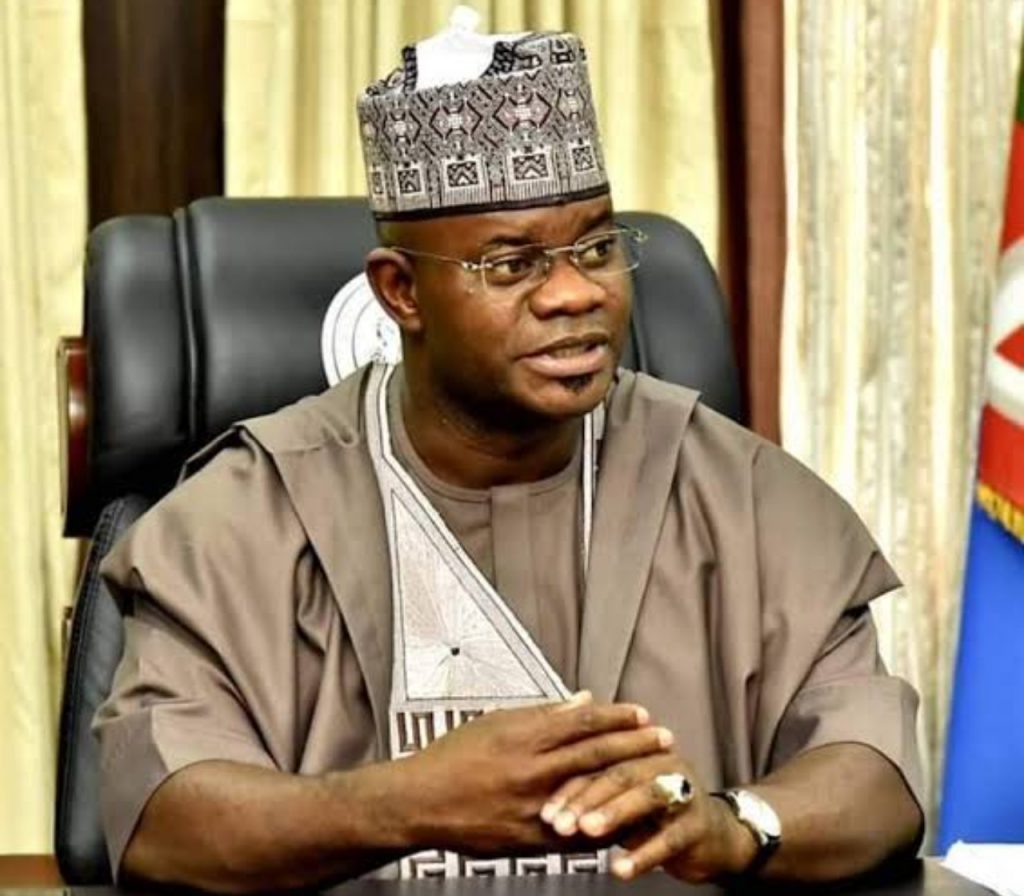 Kogi State Governor, Yahaya Bello has said the killing of youths at Lekki Toll Gate in Lagos could have been averted if the demonstrators had channeled their anger into politics.
He spoke on Monday night about the EndSARS protest which saw young Nigerians protest against police brutality.
Bello, who was appointed as National Youth Coordinator of the Tinubu-Shettima Presidential Campaign Council on Sunday, made the statement when he appeared on Politics Today, a popular programme on Channels TV.
The development is coming less than a month to the commemoration of the ugly shooting incident that has remained indelible in the minds of Nigerians.
The #ENDSARS protests lasted between October 7th and 20th in Lagos and several other states in the country.
While the demonstrations lasted, relations, friends and associates of missing persons claimed their relations had either been killed or held incommunicado by security agents.
Of particular concern was the Lekki toll gate shooting of Tuesday, October 20, where peaceful #ENDSARS protesters were shot at by security agents, leading to a number of casualties.
Responding to questions on how he hopes to pacify and woo the Nigerian youths to look beyond the incident and vote for his principal, the national youth coordinator of APC Presidential Campaign Council said it was not an impossible task.
According to him, the incident could have been averted.
He said, “The first area where the EndSARS protesters were supposed to vent their anger was to channel their anger to politics and participate politically to decide their choice of leaders.
“Street protests and agitations are completely different from voting, election and electoral process.
“Recall that I was the first elected governor to have identified with the EndSARS protest and made myself known. I think I also addressed them three times and they listened to me, especially those that held in Kogi State. After the protest, I had the opportunity of meeting with some of the leadership of EndSARS and told them exactly where they got it wrong.
“Now, I am equally going to sensitise and tell them if they do not follow the right way. And the right way is to vote Senator Bola Tinubu, who will come and display his prowess in solving the problems we are being confronted with.”
When asked what he planned to tell some of the nation’s youths who are still angry and leaving the country for abroad over the manner the EndSARS phenomenon was handled, the Kogi governor admitted that his motive was to tell them the truth.
This is even as Bello noted he would be bringing the experience he garnered as a young governor who met a chaotic situation on ground to bear in his interaction with the Nigerian youths.
“I will tell them nothing but the truth that I am known for. First of all, the strikes, agitations and the menace going on in our tertiary institutions and various other sectors are completely uncalled for.
“We shall also sensitise them (youths) to be able to differentiate between political problems using this particular menace, those who are holding them back at home, why they are doing it and the need to take our destiny into our hands.
“Our leader, Asiwaju Tinubu, has identified me as a worthy man because of my performance in Kogi State. I came in at a time when schools including secondary teachers and tertiary institutions in the state were on strike. Upon assumption of office and up to six years counting now, not one single strike happened again in Kogi.
“So we are going to tell them those who have held them down and the need to hold them accountable. It is not APC, Buhari, or our presidential candidate, Bola Tinubu.
“We are also going to show them how to read between the lines whenever any political party comes to use ASUU or any institution as a tool for campaign,” he said.
Top Stories