Trump made fun of the position of Biden’s seat in the 14th row at the State Funeral at Westminster Abbey. 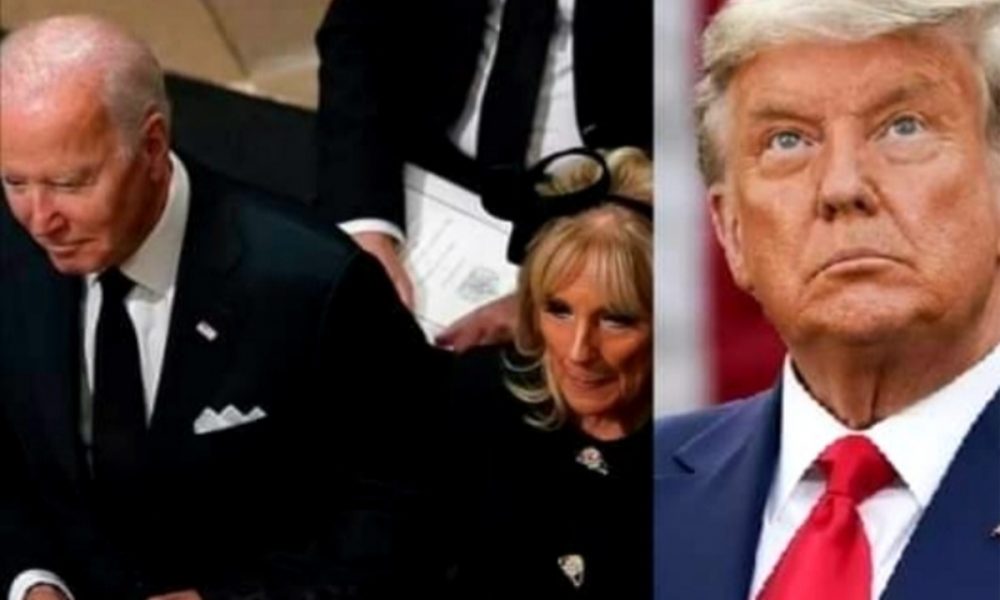 US President, Joe Biden has been mocked by former President Donald Trump following his visit to London to attend the burial ceremony of Queen Elizabeth II.
Trump mocked Biden over the seat allocated to him at the ceremony.
The late Head of the United Kingdom and Commonwealth of Nations was buried on Monday in the Royal Vault at Windsor Castle.
Trump made fun of the position of Biden’s seat in the 14th row at the State Funeral at Westminster Abbey.
Trump suggested President Biden was not accorded proper honour, adding that such would not have happened if he had been in office.
The outspoken 76-year-old business magnate commented on his Truth Social platform with a photo of the U.S President.
“This is what’s happened to America in just two short years. No respect! However, a good time for our President to get to know the leaders of certain Third World countries.
“If I were president, they wouldn’t have sat me back there — and our country would be much different than it is right now!” he wrote.
Top Stories