Mum of Little Girl who Participated in Peter Obi's Rally Gets Furnished House, Over 2 Million for Business (Photo)


Twitter user, Dinokaysman, who shared the news on the platform, stated that the money was given to Chioma's mother to start a business. 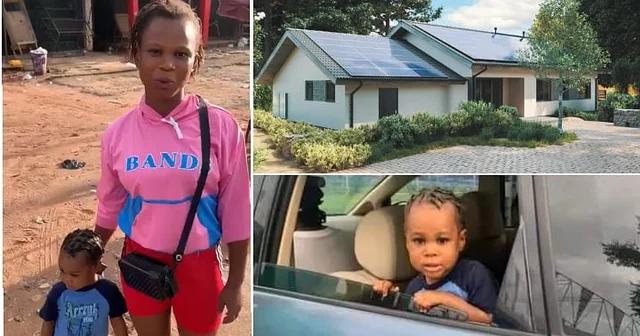 A mother and her daughter who came out for Peter Obi's rally have received a newly well-furnished apartment.
Recall also that the little girl, Chioma Success, and her mother had reportedly received cash of $5,500 (N2.3 million) from Obi supporters.
Twitter user, Dinokaysman, who shared the news on the platform, stated that the money was given to Chioma's mother to start a business.
In his words:
"Baby Chioma and mother recieves well furnished flat and $5,500 from OBIdient diasporans & 100k naira, equally received scholarship to University level. Money is for the mother to start a business. Baby Chioma is the poster girl of our Presidential campaign."
Nigerians react as Chioma Success receives accolades...
Omo Ogegbo said:
"Well Deserving! This girl actions for just a day made Nigerians happier than the entire 8 years of our president!"
Campaign 2023 reacted:
"What about the man that carry her up like that, he was the one that launched her to the world, let's do for him also."
Walter Bassey added:
"What obedient can't do does not exist..... God answered u at this tender age while me am still struggling to survived. God bless u an bless all the obedient supporters world wide. Let celebrate (GRACE)."
Better Paul wrote:
"Obi never enter grace don dey spread, na some president go give you only one phone call and you go lose match."
Npu Gochi added:
"This little girl’s story confirms that we need men to raise us. While Chioma gets all these, the man who lifted Chioma was really the means to her breakthrough, if he didn’t lift her up, we wouldn’t see her. I hope your lifters find you today." 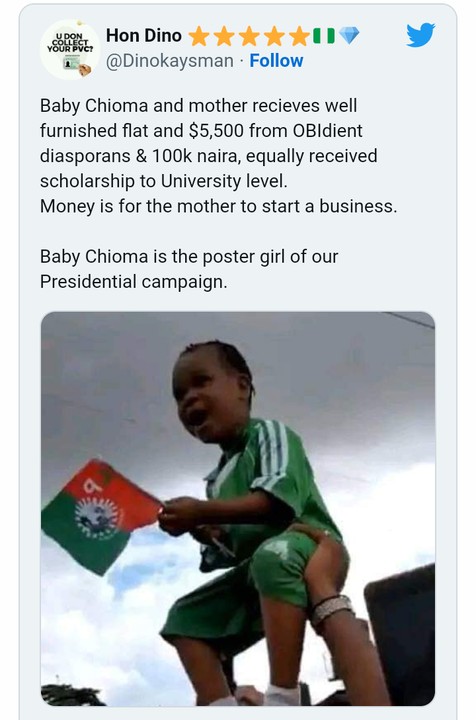