Former Liverpool and England striker, Stan Collymore said there is ‘no chance’ of the Gunners winning the title. 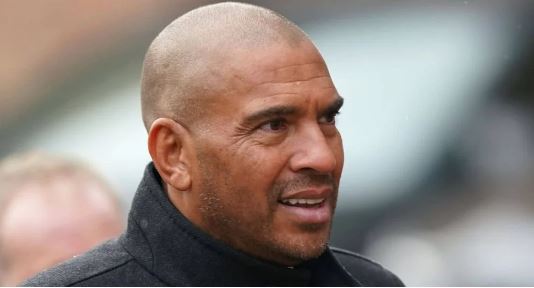 Premier League club, Arsenal have been told to dismiss the idea of winning the league just yet.

They were told to perish the hope of winning the Premier League title this season.

Former Liverpool and England striker, Stan Collymore said there is ‘no chance’ of the Gunners winning the title.

This is despite Mikel Arteta’s side’s sensational start to the season which has seen them win 10 of their first 11 matches.

Arsenal remain top of the table, just one point above last season’s winners, Manchester City and Collymore does not think the Gunners stand any chance.

“I understand why some fans are excited to see what Arsenal can do, but there is no way the Gunners are going to go on an emphatic 38-game run similarly to what we saw happen between Liverpool and City last season – no chance,” he told CaughtOffside.

Arsenal were on the verge of finishing top four and qualifying for the Champions League last season but collapsed towards the end of the season when it mattered most.