The widow, while tearfully recounting her ordeal after escaping from the hands of the suspects, said she was also stripped of all her belongings. 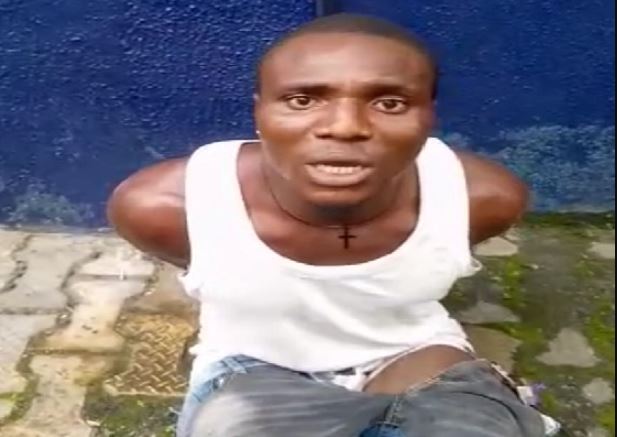 A Nigerian woman who happens to be a widow, has told the story of how she was kidnapped.

The woman, who was kidnapped Saturday evening at Ekpan community, Uvwie council area of Delta State, has accused her kidnappers of raping her.

The widow, while tearfully recounting her ordeal after escaping from the hands of the suspects, said she was also stripped of all her belongings.

One of the suspects, who was directed to watch over her, had fallen asleep, enabling her to escape the following morning.

In a video seen by The Nation, the victim with cuts on her lip, a black eye and torn blouse, stated that she was about to get into her vehicle, which was parked around Ekpan Junction, when the hoodlums accosted her, shooting sporadically.

She said: “Yesterday evening around past seven, I went to Ekpan Junction to buy something. As I returned, I noticed one boy at a corner, two other boys were close to a lorry in front. I was about to open the door to my car, my daughter was inside.

“But seeing the setting, I had a bad feeling. I was trying to go back when they belled me up. They began to shoot and took me away. They took me to a bush, one raped me. They collected everything; my earrings, cards, phone, my car, everything.

“Then they said they were changing location. They took me somewhere, then again, said they wanted to take me to their chairman’s compound, but that he won’t like to see blood on my body.

“They asked me to cooperate. They cleaned my mouth with rag, they said if I talk, they will shoot me. They carried guns. When we got here, they put me in the toilet. They tied my mouth, my hands and my legs; threatening my life.

“They asked for ransom. My child’s husband first paid ransom of N100,000. Whether he has paid another one I don’t know. I don’t know when we got here.

“They drove out; as they had talked of going to Abuja around 6am. They left this one to watch me. As he was sleeping because I didn’t sleep all through the night; I was praying. I came outside. The security man saw me.

“As I noticed him opening the gate for someone, I ran outside. As he ran after me, I  begged him to please save my life. I am a widow. I don’t want to die, leave my children because my husband is dead.

He begged me to come back and I told him one was still inside. That’s how he was caught,” the victim narrated.

The suspect, in a confessional video, claimed he was only called to watch over the victim and that the rest of the gang would return.

He said operatives immediately moved in to apprehend the suspect at an undisclosed hotel, where the victim was held, Sunday morning.

He further stated that the other suspects were yet to be arrested.