Obaseki Bans APC From Campaigning On Billboards In Edo State


The ban was disclosed to newsmen on Tuesday night in Benin City by a member of the Billboards’ Association in Edo, Mr. Ibrahim Momoh. 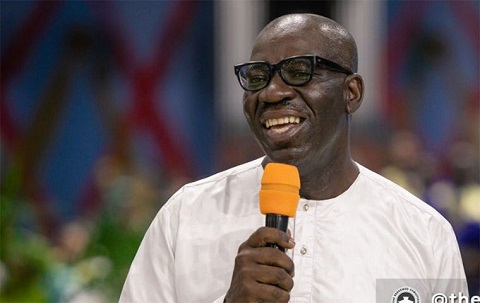 The All Progressives Congress (APC) has been banned by Edo State Governor, Mr Godwin Obaseki from campaigning on billboards in Edo State.
According to Nigerian Tribune, this comes after he banned billboards owners in the state from accepting advert campaign projects from the opposition, APC.
The ban was disclosed to newsmen on Tuesday night in Benin City by a member of the Billboards’ Association in Edo, Mr. Ibrahim Momoh.
Momoh noted that the governor even threatened to confiscate the billboard of anyone who disregards the directive.
When contacted, the State Director, Advertising Practitioners Council of Nigeria (APCON), Abdul Hakeem Tiamiyu, said he got the same complaints from a billboard owner.
Tiamiyu who promised to make further investigation told Tribune Online that APCON as a body is different from billboard owners.
He explained that while the job of billboard owners is to erect adverts on billboards, APCON regulates advertising contents in order to ensure conformity with the guiding regulations.
“I have heard the same complaints from billboard owners that Edo State Government has warned them not to erect any billboard from APC.
“I will carry more investigation on this because should this be true, it is quite unfortunate.
Top Stories