The producer had taken to his Twitter page @qasebeatz, on Wednesday, to narrate his encounter with the policemen. 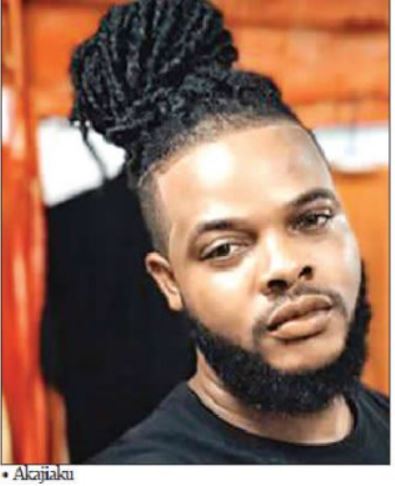 Casey Akajiaku, a Lagos-based music producer, who is also known as Qasebeatz, has been reportedly robbed by the police.

He ha snow demanded a refund of the sum of N150,000, allegedly extorted from him by some policemen attached to the Force Criminal Investigation and Intelligence Department Annex, Alagbon, Ikoyi.

Akajiaku, who spoke to PUNCH Metro on Thursday, demanded the arrest and prosecution of the cops.

“This is not the first time this is happening to me, it happened once in 2020. I want a refund of my money. I demand justice,” he added.

The producer had taken to his Twitter page @qasebeatz, on Wednesday, to narrate his encounter with the policemen.

He stated that the incident happened while he was on his way home after dropping his friends at a hotel.

Akajiaku said, “On the 29th October 2022, I went for a concert at Lekki Phase One. The concert ended about 10:30 pm and l had to drop off some friends at the hotel then headed home. On my way home, on Admiralty Way, I was stopped by the police.

“They asked to search me and I complied, even though I was in a hurry to get home before it was 12am. The officer was being aggressive with his words. And I asked him to not talk to me in that manner and he took it for a challenge.”

The artiste noted that the policemen called him a Yahoo boy (Internet fraudster) and demanded he split his account balance with them.

“I asked ‘for what’? They accused me of fraud calling me a yahoo boy with no evidence to justify their accusations. They finally got me to the police station in Ikoyi and sent me behind the desk and threatened to lock me up.

“They asked me to give them half of what was in my account. In their own words, ‘50-50’. I told them I needed the money and cannot give it. I’m a music producer and I made this money legit. They said I was playing with my life so they put me back in the car.

“One of the officers later said ‘this boy has nothing on him’ but let’s just take the money and let him go. So, he requested 200K and I told him it was my rent money so he later settled for 150,000. Prior to this, I had hidden my ATM cards under the carpet and told him I have no ATM cards.”

Akajiaku later told our correspondent that some of the officers were in mufti, while others wore uniform and were armed.

He added that the money requested by the officers was transferred into the account of a third party.

He said, “I couldn’t get any of their names because some of them were not on uniform. The ones who were uniformed, were armed.

“Immediately I transferred the money to them, they gave me my car key and phone. They asked me to transfer the money to someone else. One of them had called someone and asked for the account details. When he sent it, they called the person again for confirmation before they let me go.”

Our correspondent saw bank alerts and receipts of the transaction made between the victim and the officers.

The N150,000 was transferred to one Aliyu Maryam Mayeloye.

Calls and text messages to the Force Public Relations Officer, Muyiwa Adejobi, were not replied to as of the time of filing this report.